0 0
It was not my intention to watch live anyother MTV awards show since they have become so predictable and lame, but this year‘s lineup was something you cannot miss: Beyoncè, Rihanna & Britney Spears, the women I grew up with.
So I did it, I woke up in the middle of the night (time zones are sooo funny #sarcasm) tuned on MTV and watched.
How was it?  Not bad thanks to the performers that I have mentioned.

Here is the top 5 moments of the night:

Rihanna & the Michael Jackson Video Vanguard Award
It was Rihanna’s night (on the paper): the barbadian superstar was meant to receive a career tribute award so a performance was needed. The badgal we know and love didn’t go for a long medley of her hit, nope she broke the rules and performed 4 times throughout the show. A cool idea, given all the outfit she wore: the vocal performances were good as long as little movements were included from her side, while the more physical ones were more fun to watch (than listen).
[I am being honest, as you know I went to her concert in Milan last month, and as a fan I love everything she does, even if she is not always perfect live]. 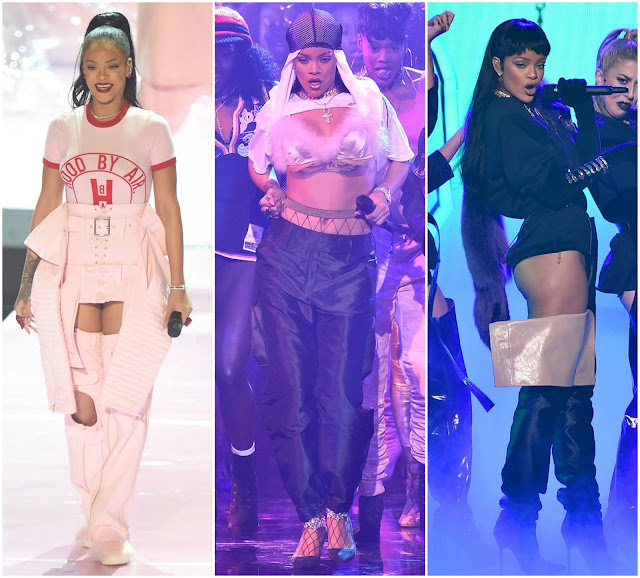 Cherry on top, on her last beautiful performance Drake showed up, basically declaring his love for her : #LoveBirds !!

If you missed it, here’s Drake giving the most sweetest speech to Rihanna as she accepts her vanguard award https://t.co/nIFtOf9CXw

Beyoncé & her epic Lemonade medley
As I said it was meant to be Riri’s night…but the  queen showed up and the crowd went crazy.
Beyoncè is the big winner of the night (Best Female Video for “Hold Up”; Breakthrough Long-Form Video Award, Best Direction, Cinematography and Editing for Lemonade, Video of The Year and Best Pop Video for “Formation”), an easy bet since Lemonade is her best album so far, a true masterpiece. She took the stage and slayed it, and for me was like going back to the Formation world tour (which I attended last month…yep, the #TEBcrew has seen also Beyoncè this year!). Basically I turned off the tv after this mind-blowing performance, because nothing would compare: there was fire, cool outfits, amazing dance moves and a baseball bat…yep, the queen broke a camera as in the Hold Up video!
Here is the 5 songs she performed from Lemonade: Pray you catch me/ Hold up/ Sorry/ Don’t Hurt Yourself/ Formation.
Britney Spears & her comeback performance
The princess of pop is back at what she does best: performing for her fans in sexy outfits (and lipsyncing). It was cool and emotional…however, MTV ended up putting her performance right after Beyoncè. A really shady move.
Speaking of the positives, Britney was in shape rocking a shiny leotard and matching tigh-high boots (that Las Vegas residency has seriously influenced her wardrobe), all her iconic moves were there so, good job Brit!
Kanye West & his 4 minutes speech
It’s not even funny at this point.
The rapper took the stage to present his new video Fade (available only on TIDAL) e, which stars the beautiful and toned Teyana Taylor and BTW is a cool remake of Flashdance (except for the wtf last 30 seconds). However instead of introducing the video and maybe saying a few words about the song…he said “FIRST IMMA TALK” #PleaseNo 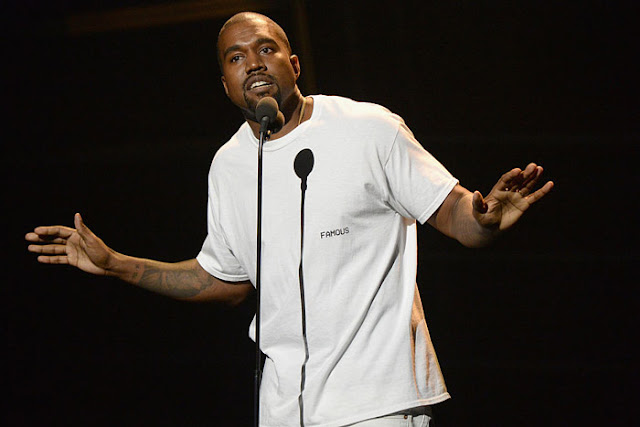 4 minutes of nothing, where he kind of talked about his provocative Famous video, his genius (yes, again) and Taylor Swift: I guess no one actually understood (or needed) his monologue, except maybe for his wife Kim Kardashian who smiled the all time.

Ariana Grande ft Nicki Minaj vs The gym
A pink workout-inspired performance for miss Grande, who premiered her new reggae-tinged single Side to Side with Nicki Minaj, wich BTW is one of my favourite songs from her new album Dangerous Woman. The performance was cool, the choreography was fun to watch, even though IMO Grande’s beautiful voice suffered at one point given the many movements required by the choreography.
Check also the sexy fitness-inspired Side to Side official video!
written by: Stella