Celebrity Fashion
1 Agosto 2016
by Stella
0 0
I’ll be nice…but the fashion was nothing special.
I will not comment on the winners’s list, because I am not really a fan of this kind of award shows (too predictable): I only care about the fashion (#sorrynotsorry), so let’s see what last night’s Teen Choice Awards 2016 had to offer! 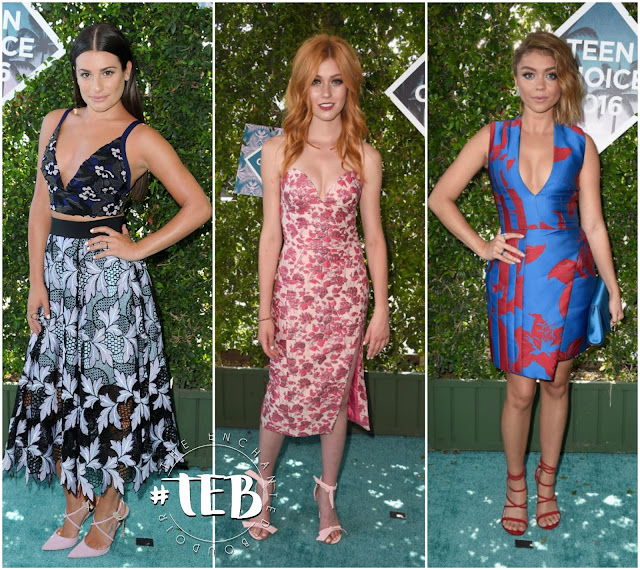 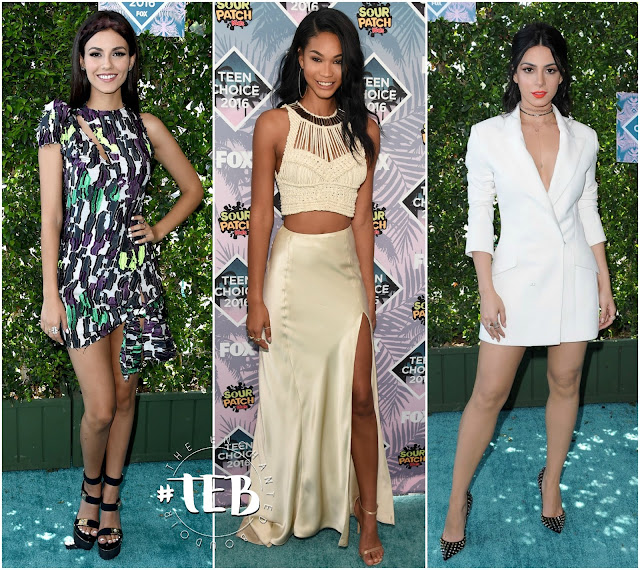 Victoria Justice was wearing Versace head to toe…and if we focus just on her toes, we can agree that those are the coolest sandals ever designed by Donatella Versace.
What was off? The hairstyle: that braid has nothing to do with the entire look.
Top model Chanel Iman usually slays red carpet events, but this time I don’t find myself too excited for this look: maybe the skirt is not really matching the top?
Shadowhunters‘s stars Emeraude Toubia played the sexy card, but I have seen her wearing far better styled looks: I would have changed the shoes, the makeup and the hairstyle.
PRETTY LITTLE LIARS SPECIAL
Troian Bellisario in Olcay Gulsen ; Lucy Hale in Azzaro; Sasha Pieterse in 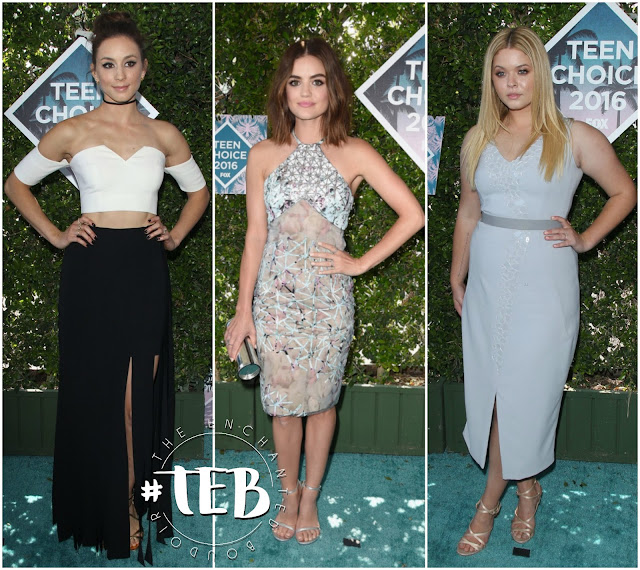 This round Troian Bellisario stole the fashion game for me: the two-piece by Olcay Gulsen is sexy and youthful; applause also for Lucy Hale and Sasaha Pieterse, who looked chic in pastel colors.
Shay Mitchell in Roberto Cavalli;Ashley Benson in Michael Kors. 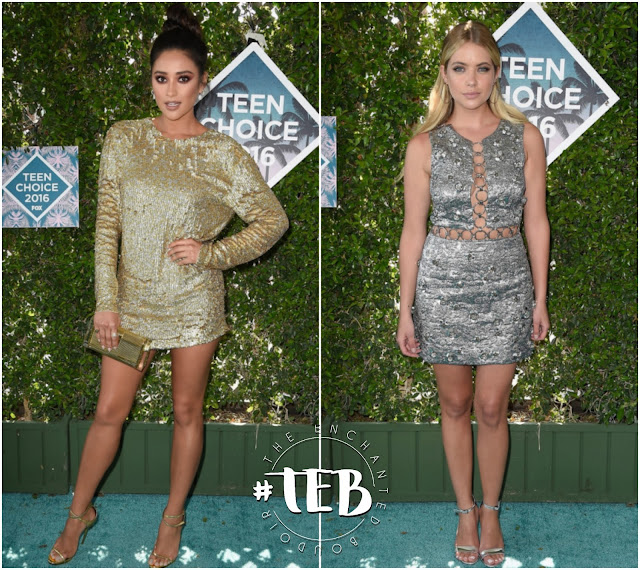 I am putting that Michel Kors dress on my blacklist: sorry for Ashley Benson [on the right], but that dress have been seen far too many times on the red carpet, plus it is doing nothing for her beautiful figure. Shay Mitchell also disappoints in a forgettable shimmery “t-shirt” (no I’m not calling that a dress): too bad, because I was a fan of her fashion choices lately.
FIERCE FIERCE FIERCE
Keke Palmer (Scream Queens) in LeBlonds; Serayah (Empire) in Michael Ngo 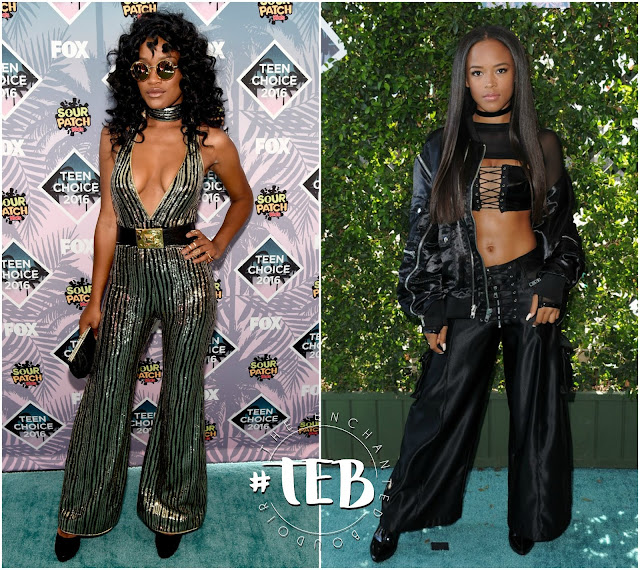 Girls with attitude: Keke’s ’70 inspired jumpsuit is cool, maybe too much for a teen award show, but still a cool look.
As for Sereyah…I have hated this look as much as I loved her performance on stage: San Diego ComicCon is over, but this look could have easily blended with the other cosplay costumes. Don’t get me wrong, it looks very interesting as a stage outfit, but I can’t take it seriously on the red carpet.
NO
Gina Rodriguez (Jane The Virgin); Tracee Ellis Ross (Black-ish) in Fendi; Laverne Cox (Orange is The New Black). 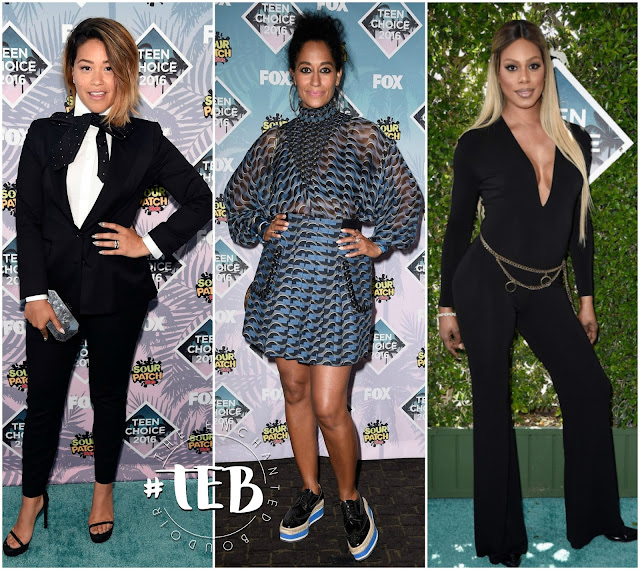 Gina’s suit is a mess: why wearing a full suit in August??
Trace Ellis Ross tried to bring some fun to a very boring Fendi dress, while Laverne seems to have lost her spark sporting this boring jumpsuit.
No no no.
Written by: Stella