0 0
“The house of Dior is delighted to welcome Ms. Maria Grazia Chiuri as artistic director of women’s haute couture, ready-to-wear and accessory collections.”
DIOR press office
“It is a great honour to be joining the house of Dior, I measure the tremendous responsibility of being the first woman in charge of the creation in a house so deeply rooted in the pure expression of femininity. The endless wealth of its heritage continues to be a constant source of inspiration for fashion, and I cannot wait to express my own vision.”
Maria Grazia Chiuri 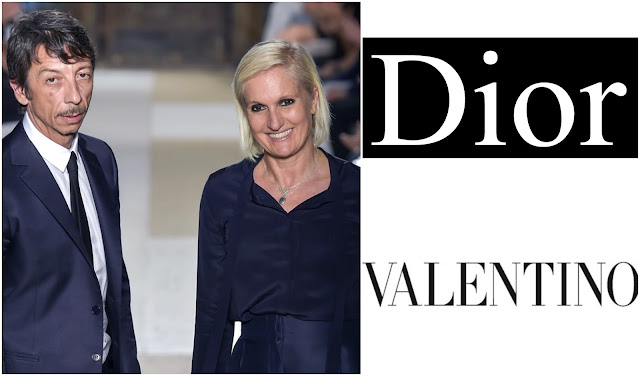 After weeks of speculation the news has been confirmed: Maria Grazia Chiuri is leaving the Valentino house as well as her long-term coworker Pierpaolo Piccioli, to replace Raf Simmons as the artistic director at Christian Dior.
I strongly believe this is a very well planned move by the French house, which is suffering the lack of an artistic direction since 2015, when Simmons left. Dior collections have received less than stellar reviews since than, so it was about time they find somebody new.
Therefore Maria Grazia Chiuri is now the first female artistic director at Dior (#girlpower), while Pierpaolo Piccioli is supposed to take the lead solo at Valentino.
Along with her co-designer, Chiuri has been doing wonders at Valentino since 2008, when Valentino Garavani left the house: together they have rebuilt an historical empire, giving it a new soul and a new distinctive style.
If they both were looking for a solo career after years of collaborations, than this is their time to shine: both have great tasks ahead of them, like rebuilding Dior‘s splendor, and keeping Valentino on top of the game, respectively.
So let me wish good luck to both of them, for this new exciting journey!
Written by: Stella