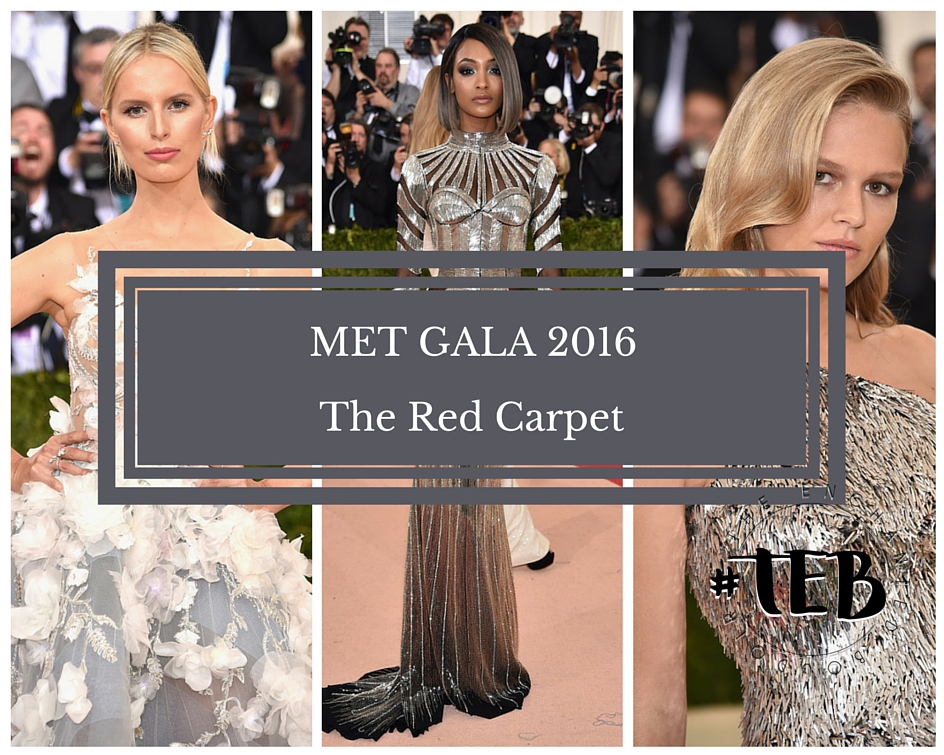 The 2nd of May 2016 was one of the most important days of the year for the fashion industry and for all the fashion lovers. It was the date of the annual Met Ball.
We have already picked our best and worst dressed celebrities here, and now it’s time to focus on models… All of them! I think that models shouldn’t be afraid to play with the themes of Gala, but unfortunately too many of them played safe or didn’t consider the theme at all! This year’s theme was “Manus x Machina: Fashion in the Age of Technology“: let’s see what models wore.
LOOKS IN ACCORDANCE WITH THE THEME
BEST LOOKS
Karolina Kurkova in Marchesa
Karolina had the most beautiful and most appropriate dress of the night. Her “cognitive dress” was designed together by Marchesa (the manus) and an IBM cognitive computer system (the machina). The result of this partnership was a couture high-tech dress, covered with romantic flowers, embedded with colour changing LEDs. You can read more about the process that brought to life this breathtaking dress on the IBM’s blog. 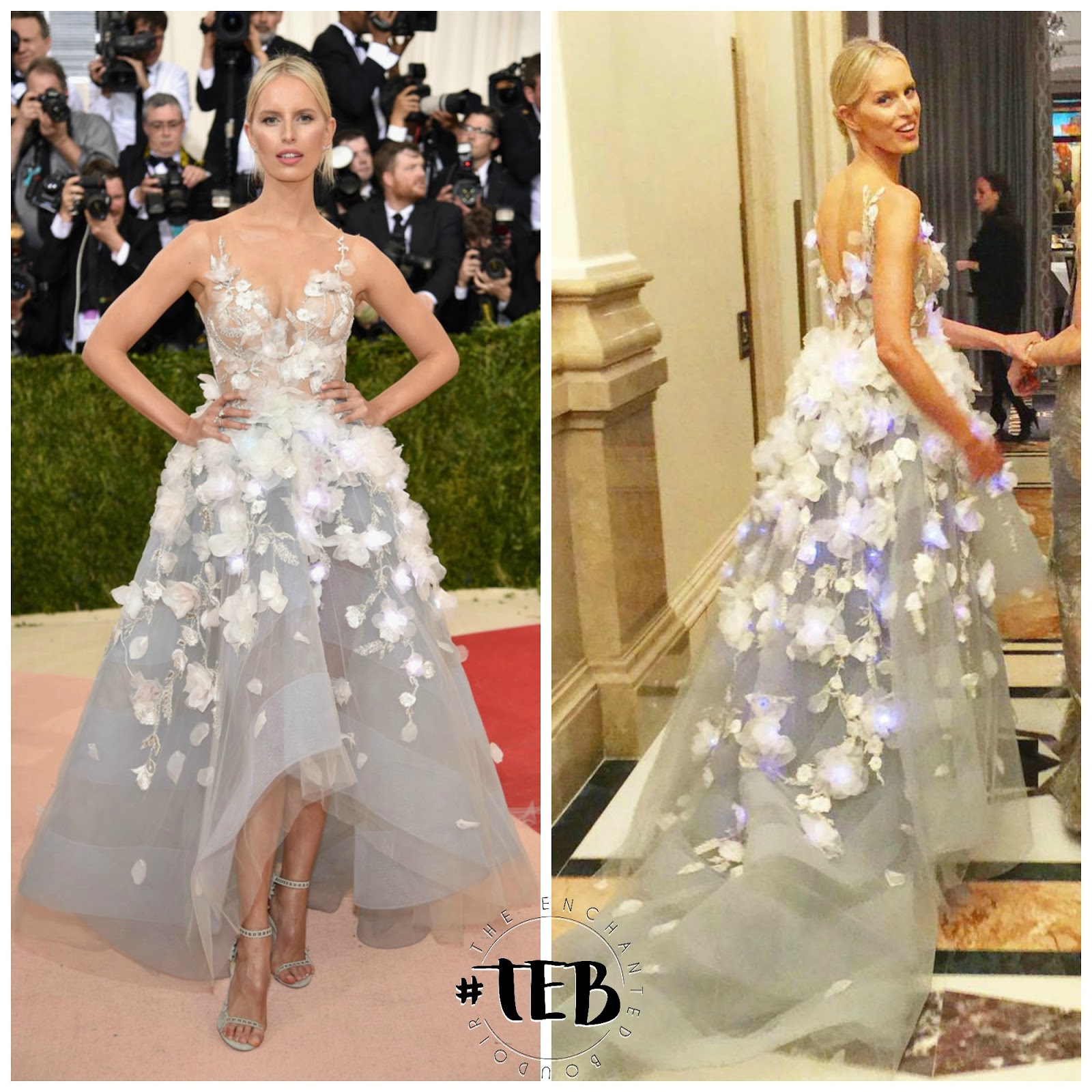 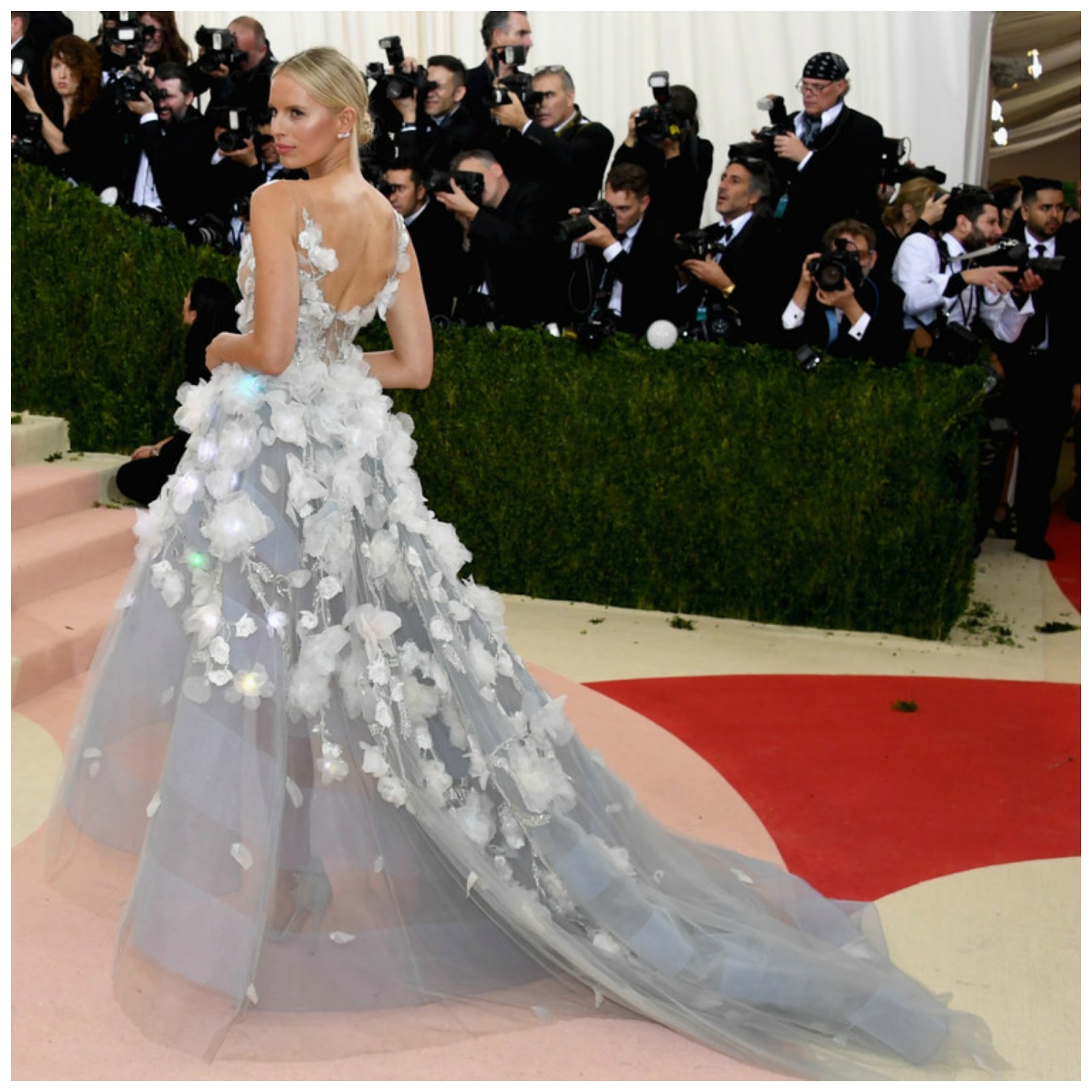 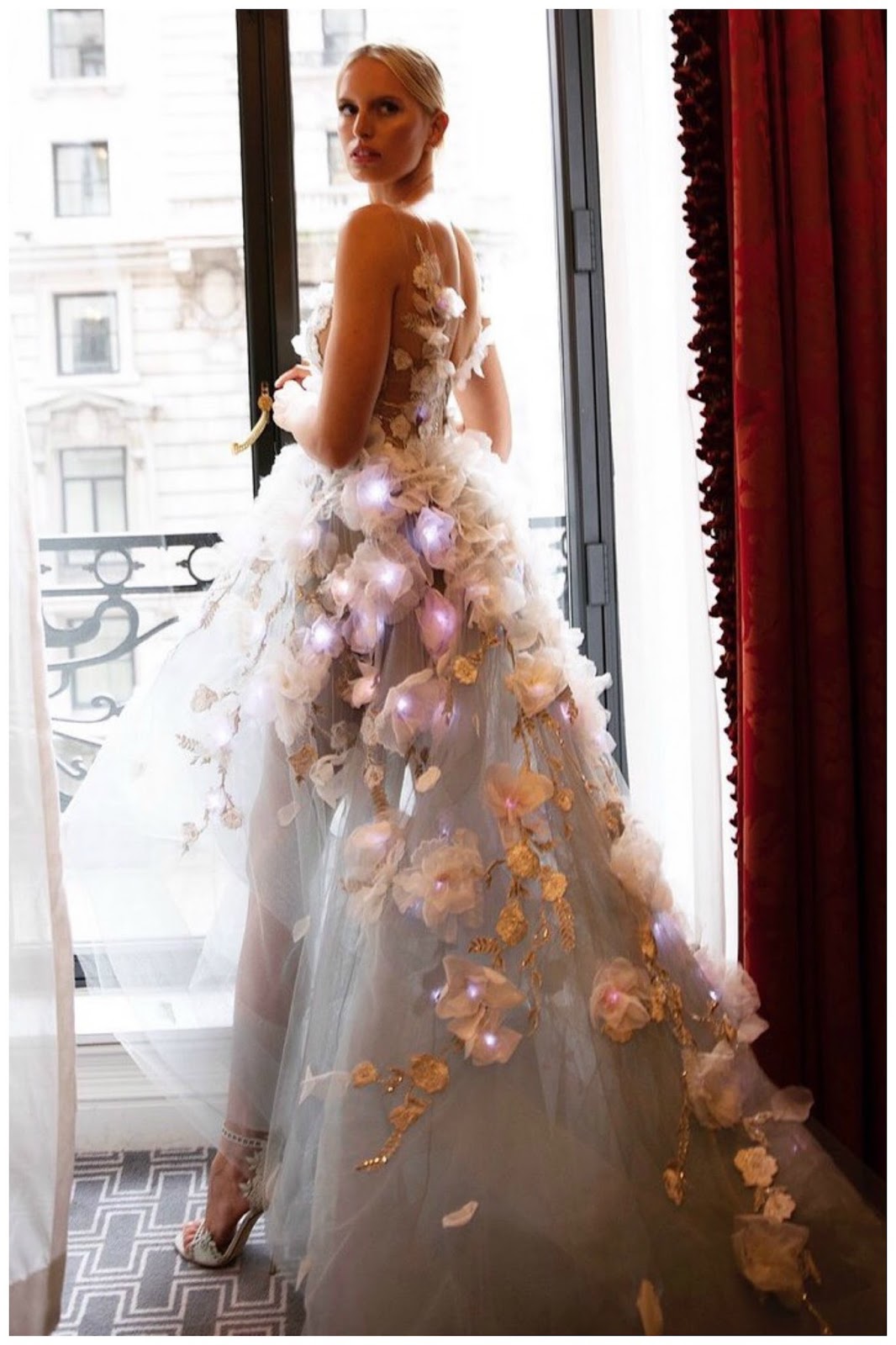 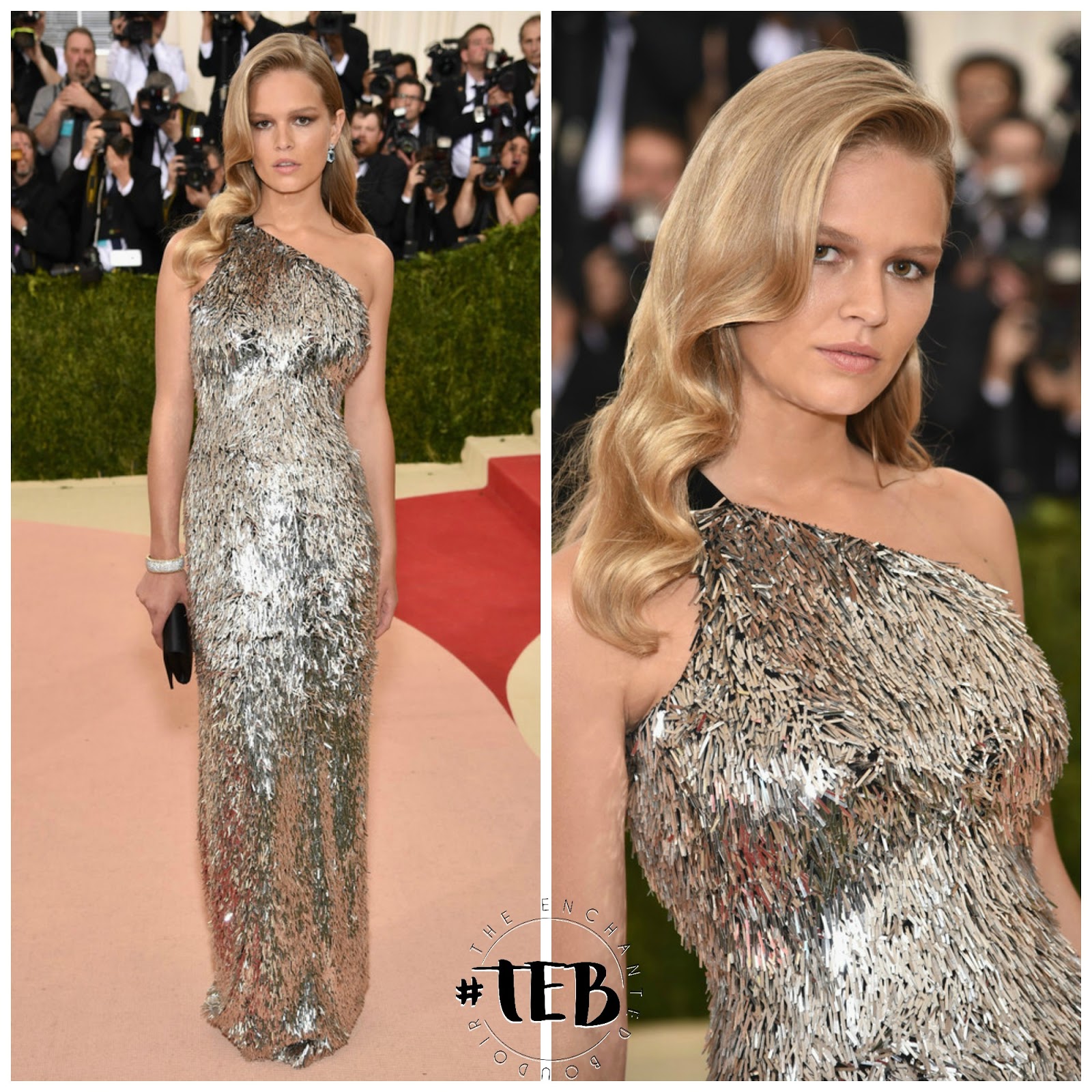 Naomi Campbell in Roberto Cavalli
Naomi wore a Roberto Cavalli black silk lace dress, embroidered with beads and crystals. I am in love with the shape of the this gown, especially with the train skirt. I feel like this dress didn’t get enough recognition. 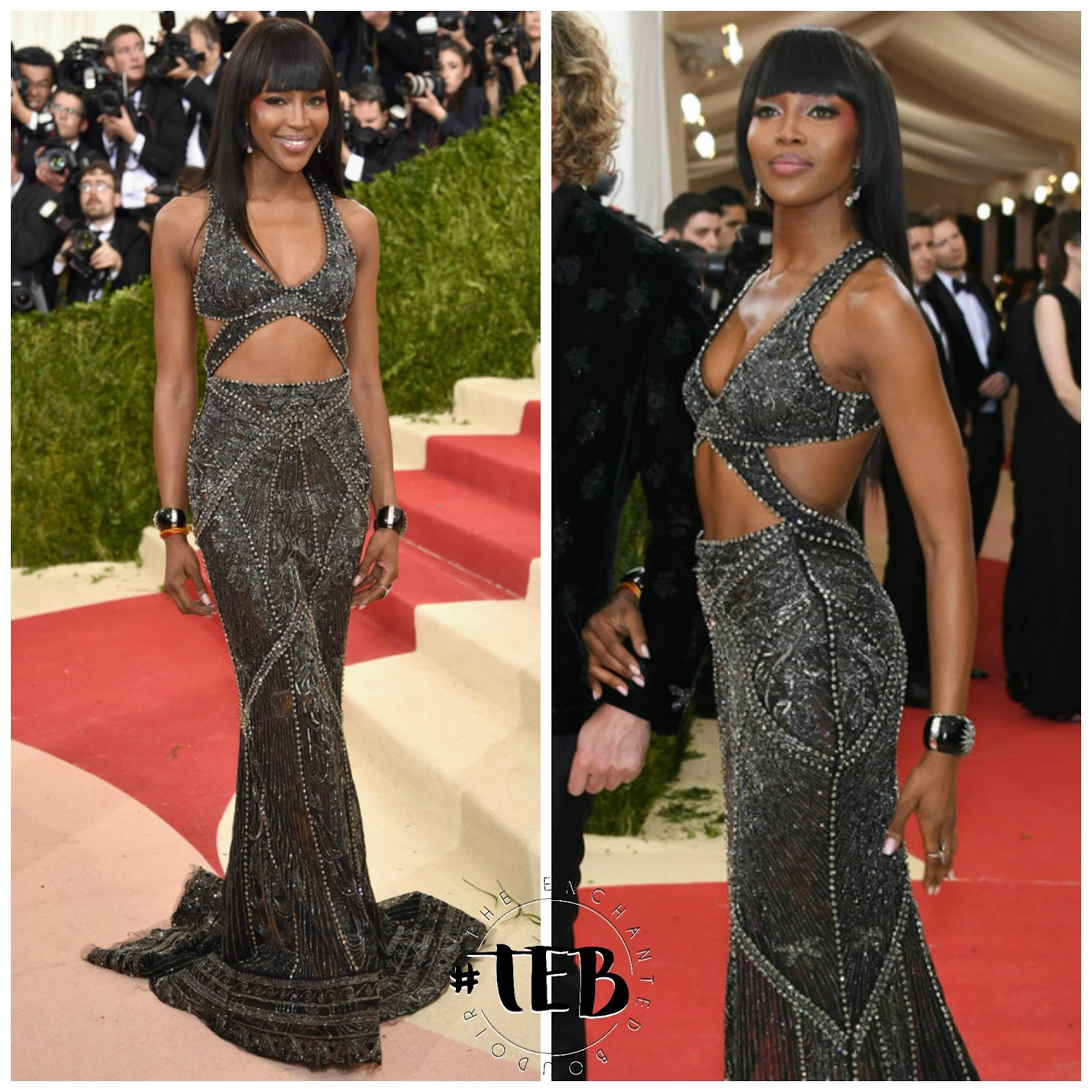 Jourdan Dunn in Balmain
On the contrary, Balmain always gets more recognition than it deserves. However, this time I won’t complain (too much), because Jourdan Dunn’s dress was beautiful and appropriate. 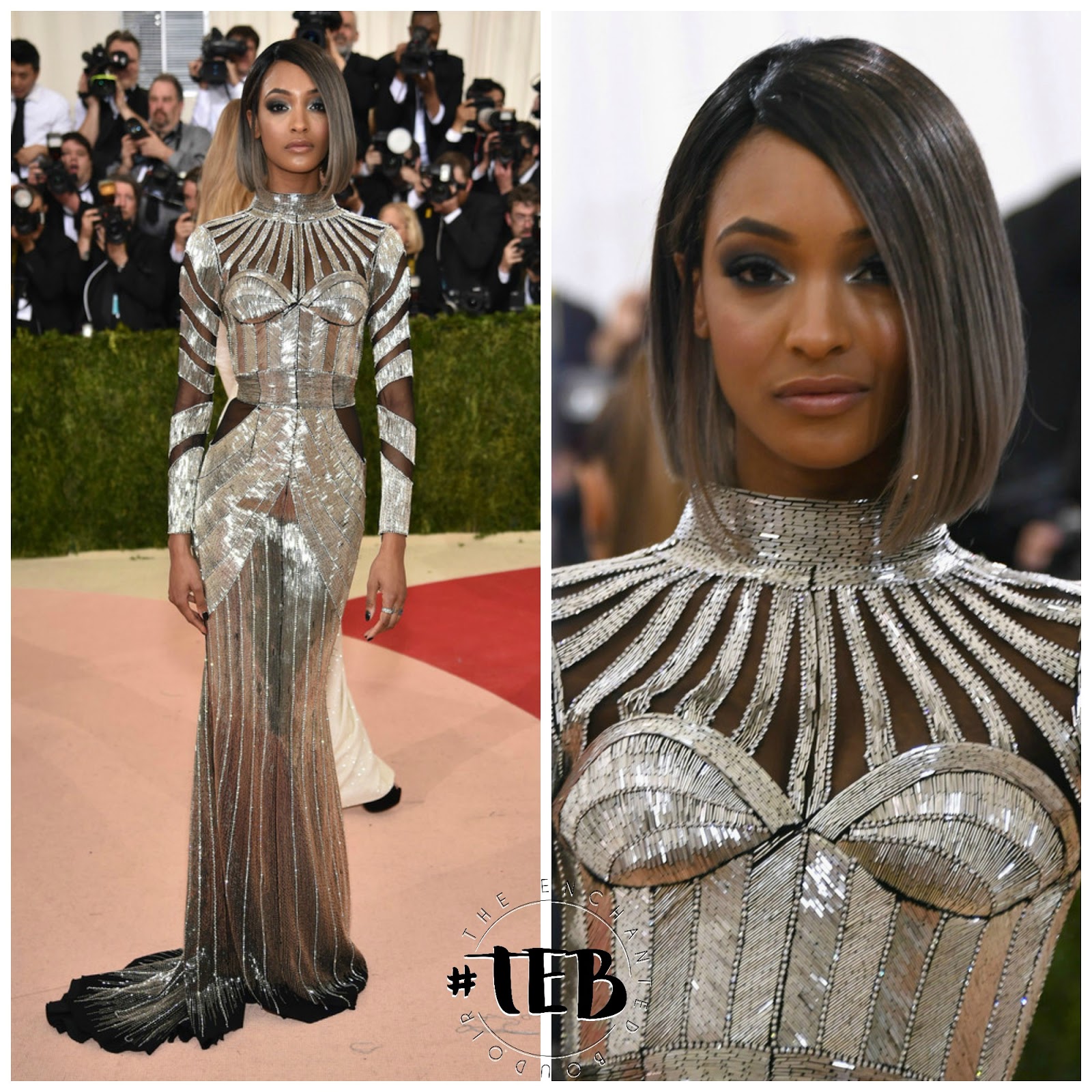 Joan Smalls, Doutzen Kroes, Alessandra Ambrosio, Cindy Crawford in Balmain
I really liked Doutzen’s white dress. It was elegant and not over embellished: a rarity for Balmain! I’m not sure if it suits the theme, though.
Joan, Alessandra and Cindy’s metallic gowns reminded more of the theme, however Joan and Alessandra’s dresses were just a silver version of Balmain‘s designs that we have already seen a million times. Dear Olivier, if you don’t have enough inspiration to design five interesting dresses, then only bring one or two models at the Met Gala with you: I’m tired of seeing your same designs all the times! Thank you. BOREDOM KINGDOM
Liu Wen in Iris Van Herpen
Liu chose the perfect designer for this year’s theme: Iris Van Herpen. Unfortunately she didn’t pick such an interesting dress. She could have done way better than this! 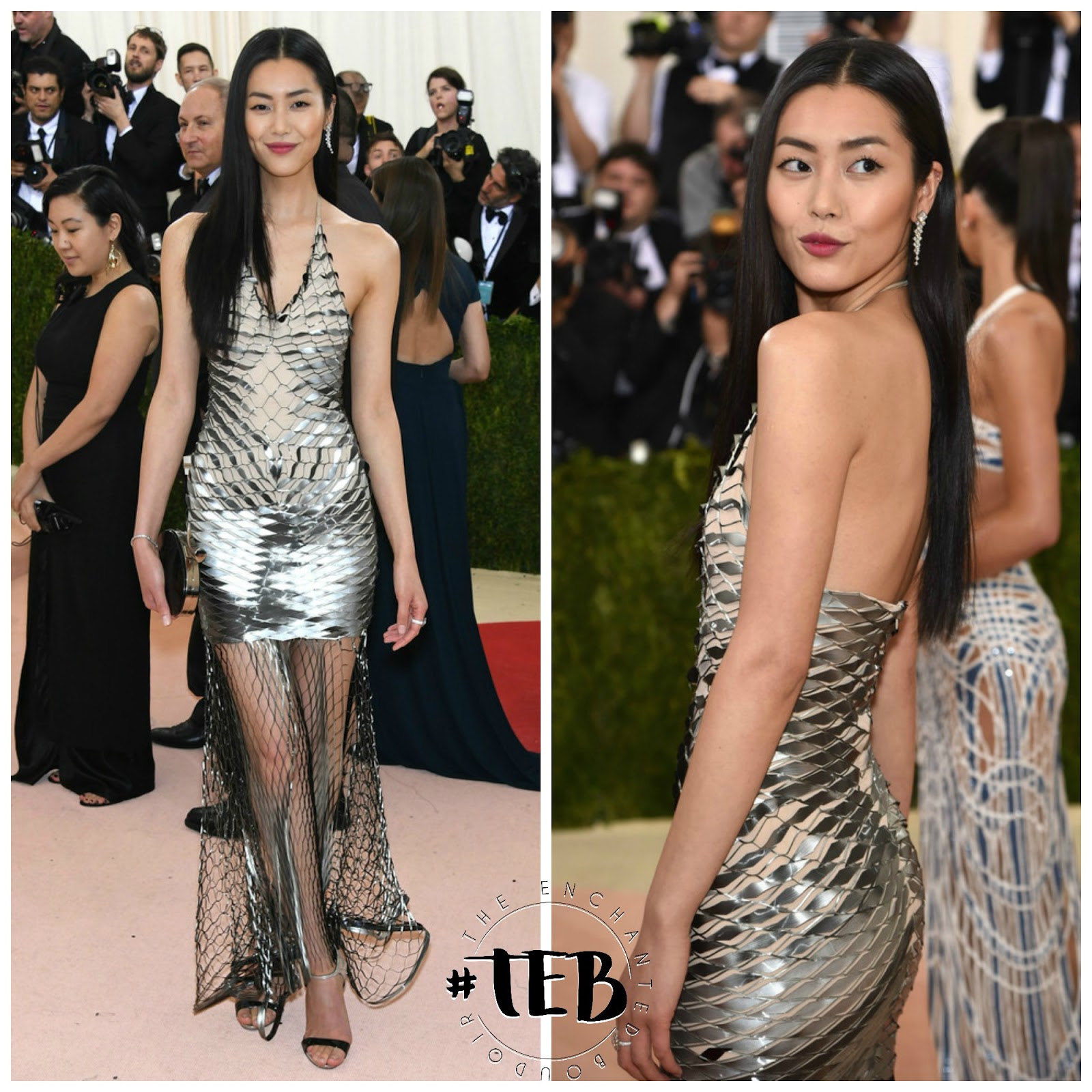 Gigi Hadid in Tommy Hilfiger
Gigi designed her dress together with Tommy Hilfiger. I think there is a reason why models aren’t designers and it’s because they would design dull clothes like this one. Anyways, I’m yet to find out why Gigi is a model. 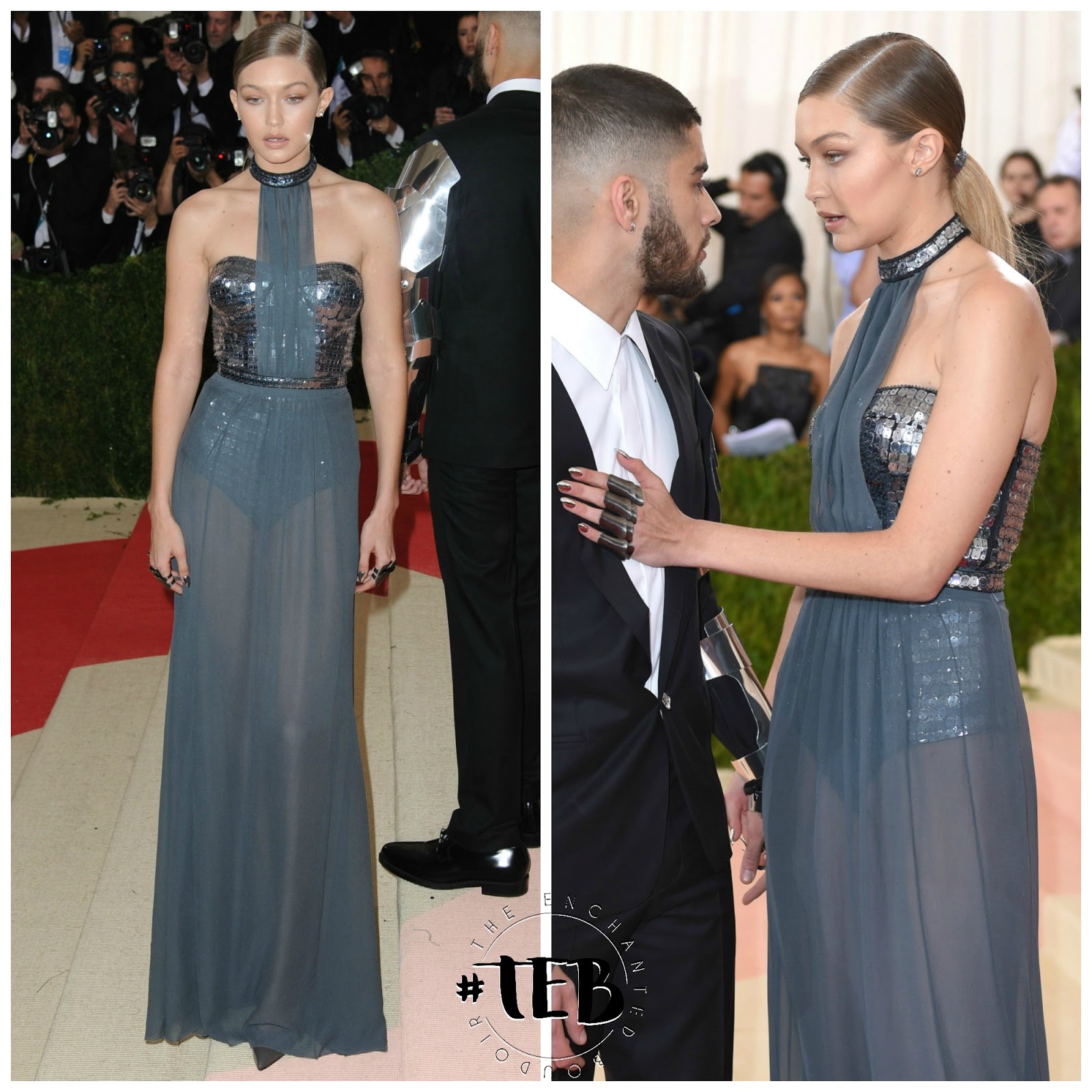 Lara Stone in Tom Ford
I can’t find much to say about this dress. It fits the theme and it’s elegant, but it’s nothing special. 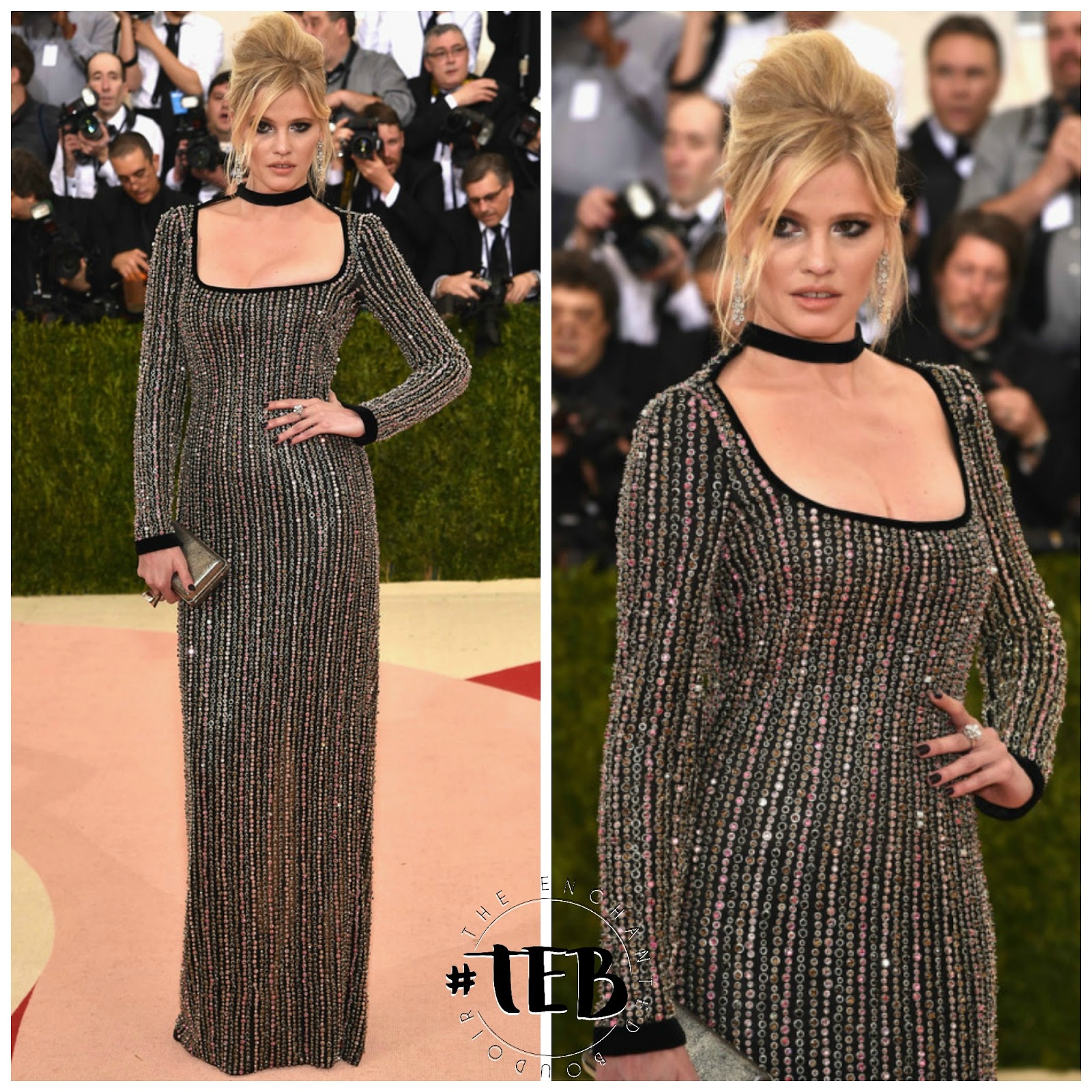 Lily Aldridge in Michael Kors
Lily’s make-up was on point, but what about the dress? I’ve seen this Micheal Kors gown too many times, and frankly it’s not even that good. 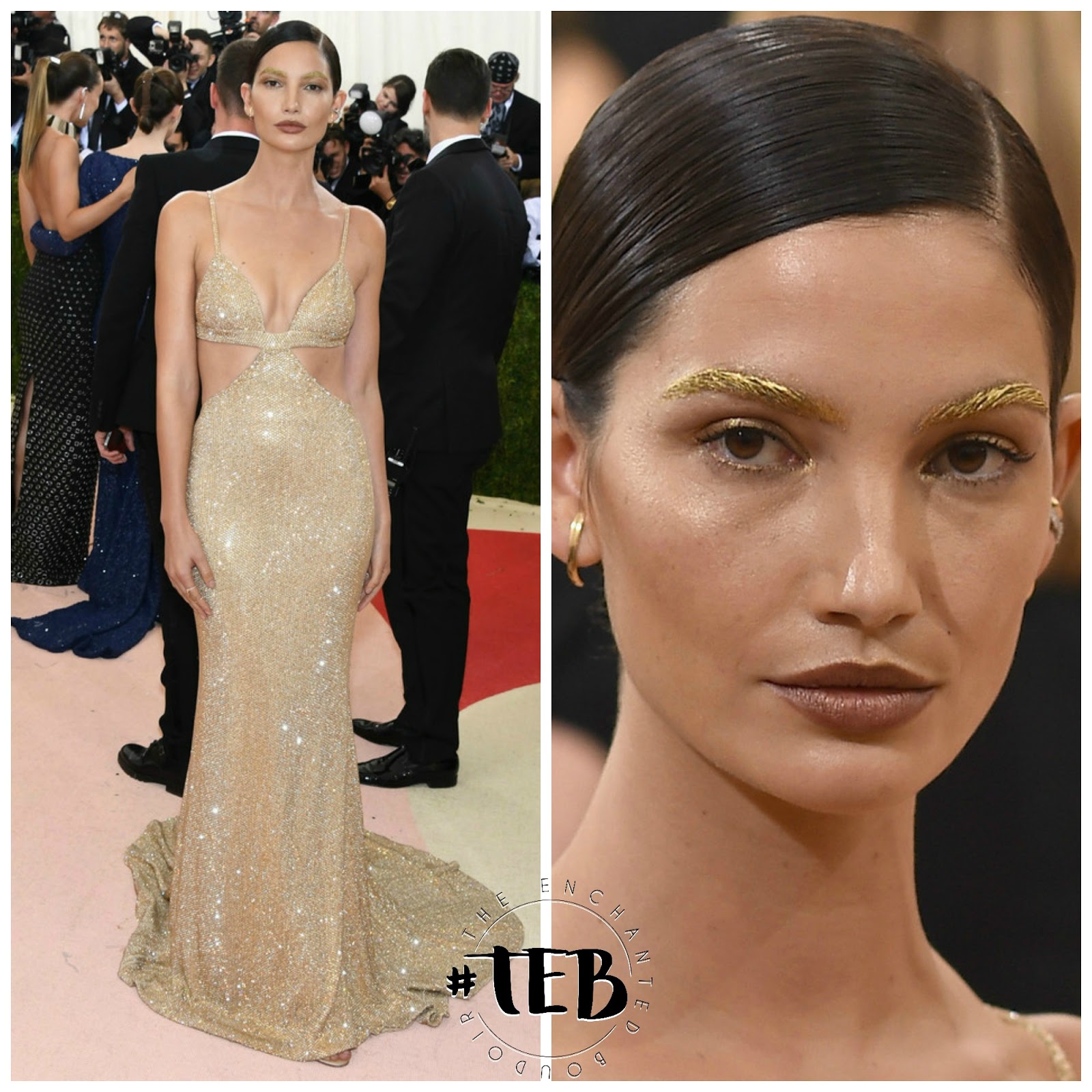 It goes without saying that I was expecting more from Rosie. The dress and the make-up were too simple and safe. That’s two years in a row that Rosie lets me down at the Met Gala! 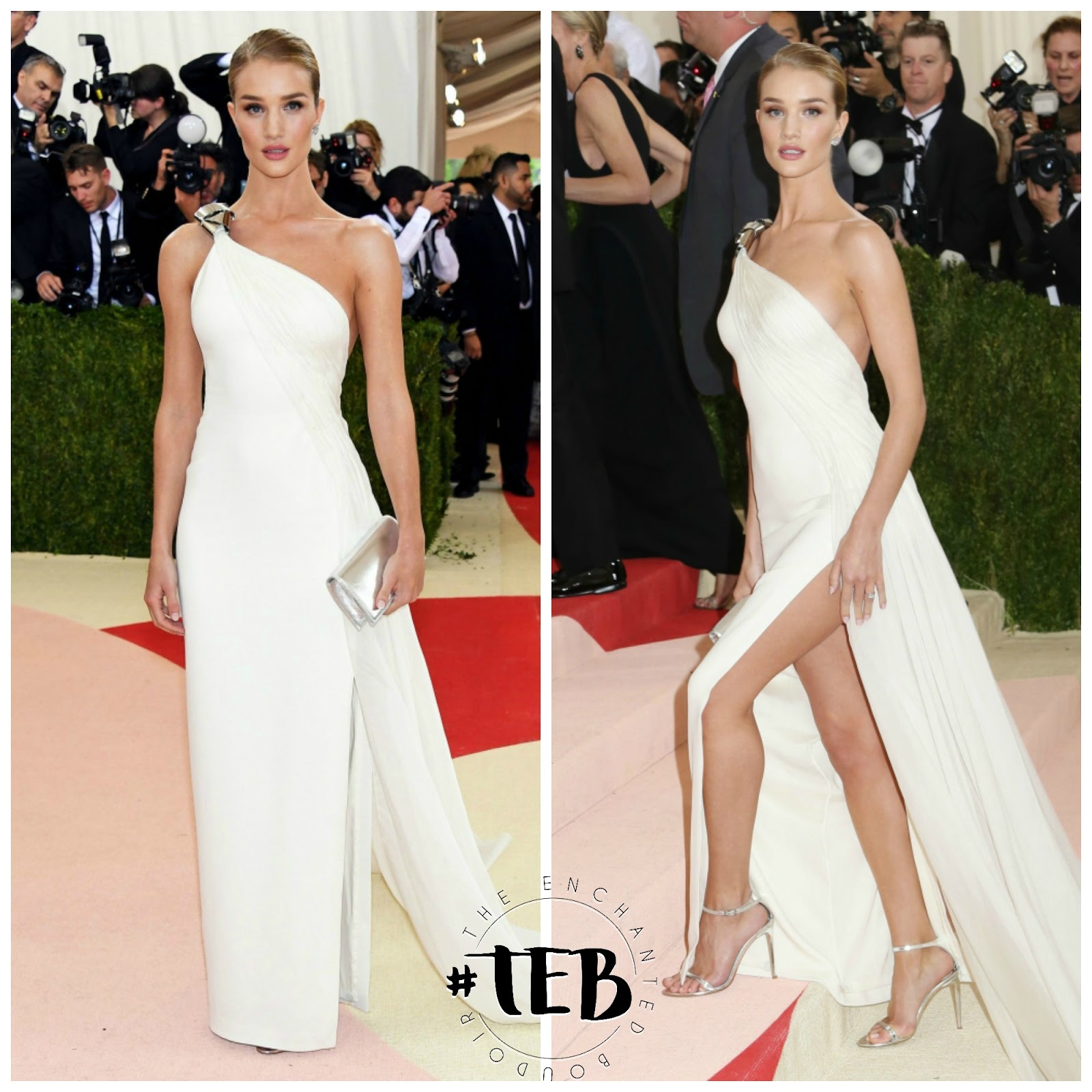 MODELS WHO IGNORED THE THEME
BEST LOOKS
Karlie Kloss in Brandon Maxwell
One dress, three outfits: with the cape, without the cape and after a cut. Karlie always looked very elegant. 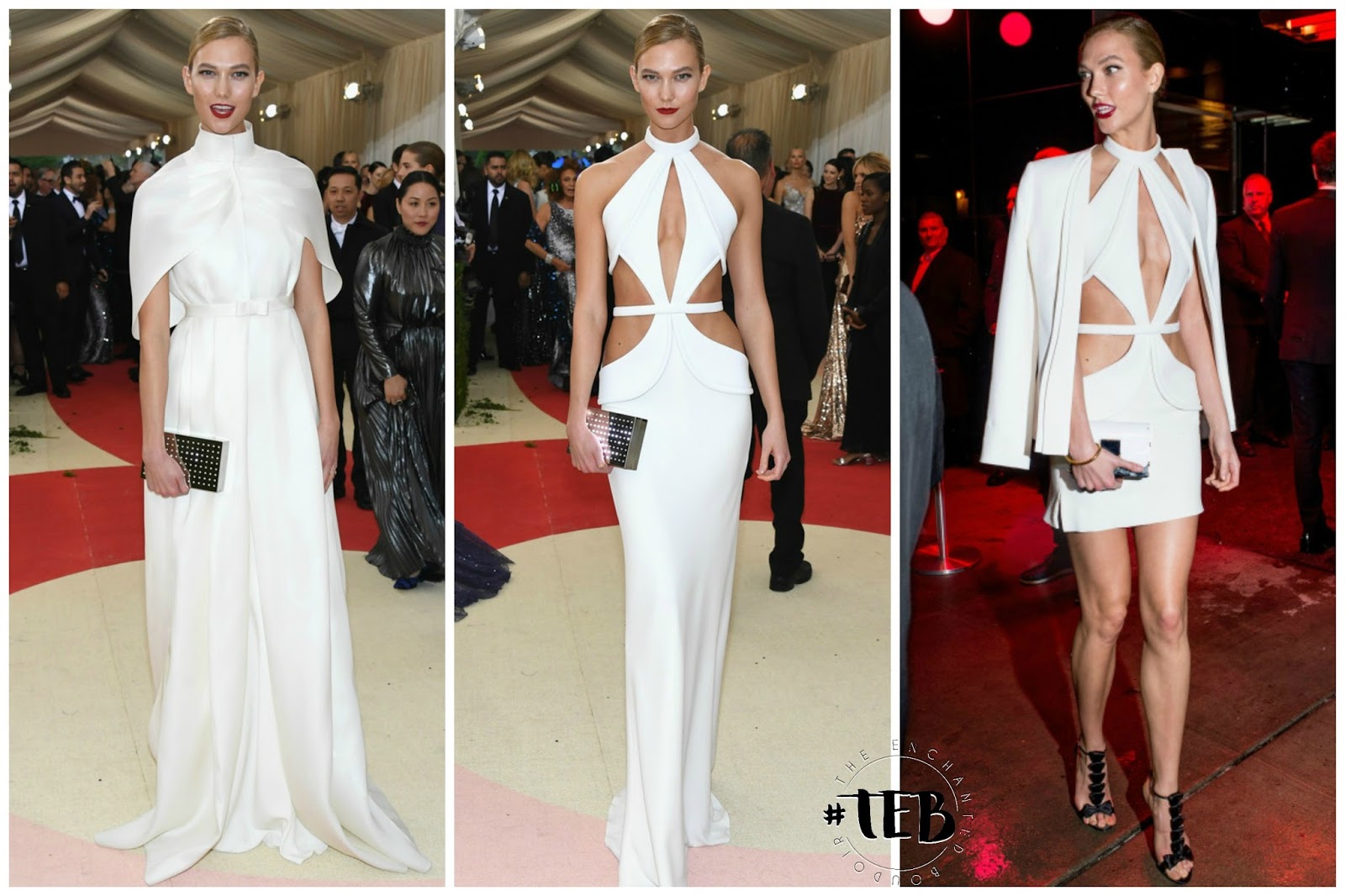 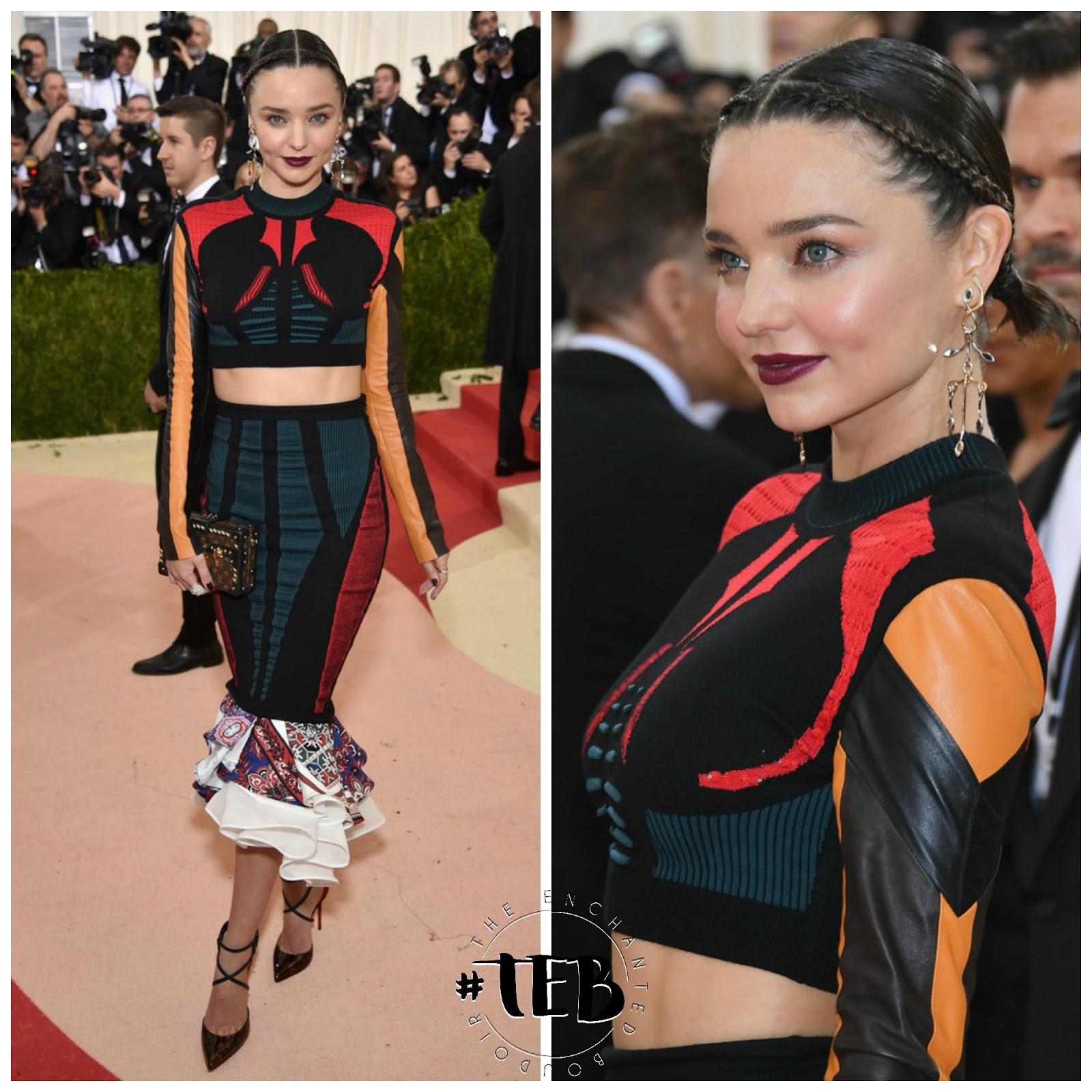 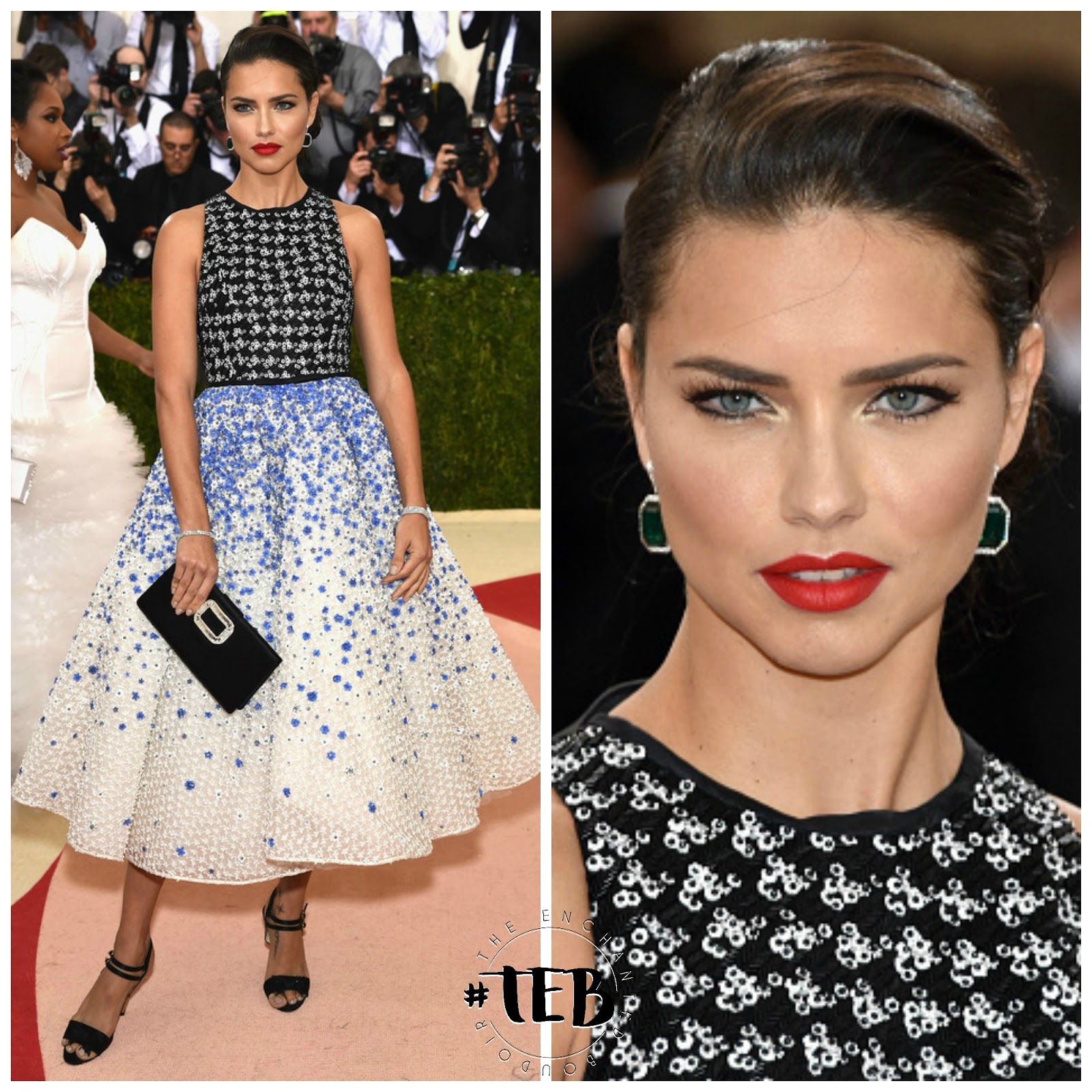 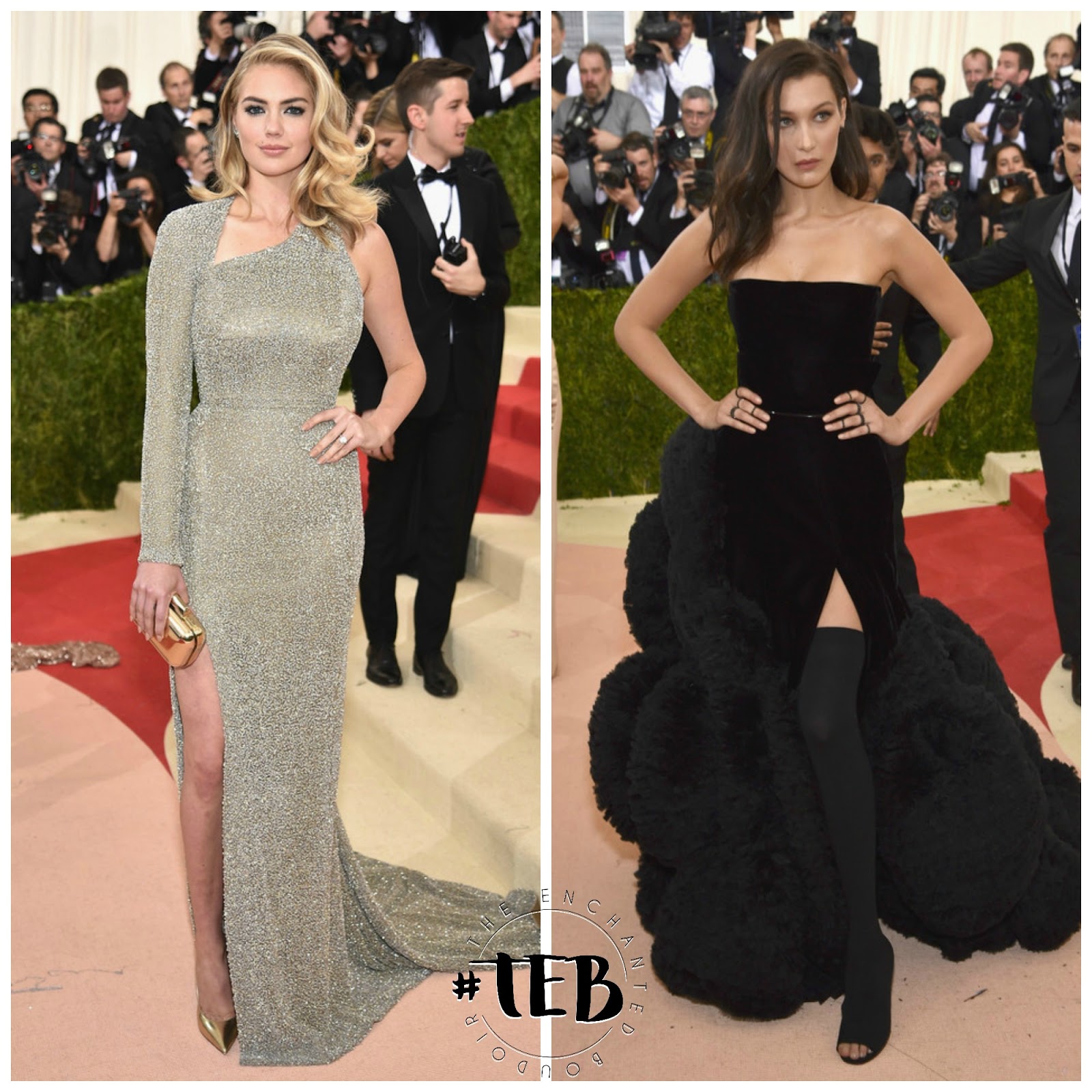 Stella Maxwell and Maryna Linchuk in Topshop
When you are invited to a Gala to show off your outfit, but the photographers take no good photos of you…! I really wish I was able to see these two dresses better because they both seem very nice. 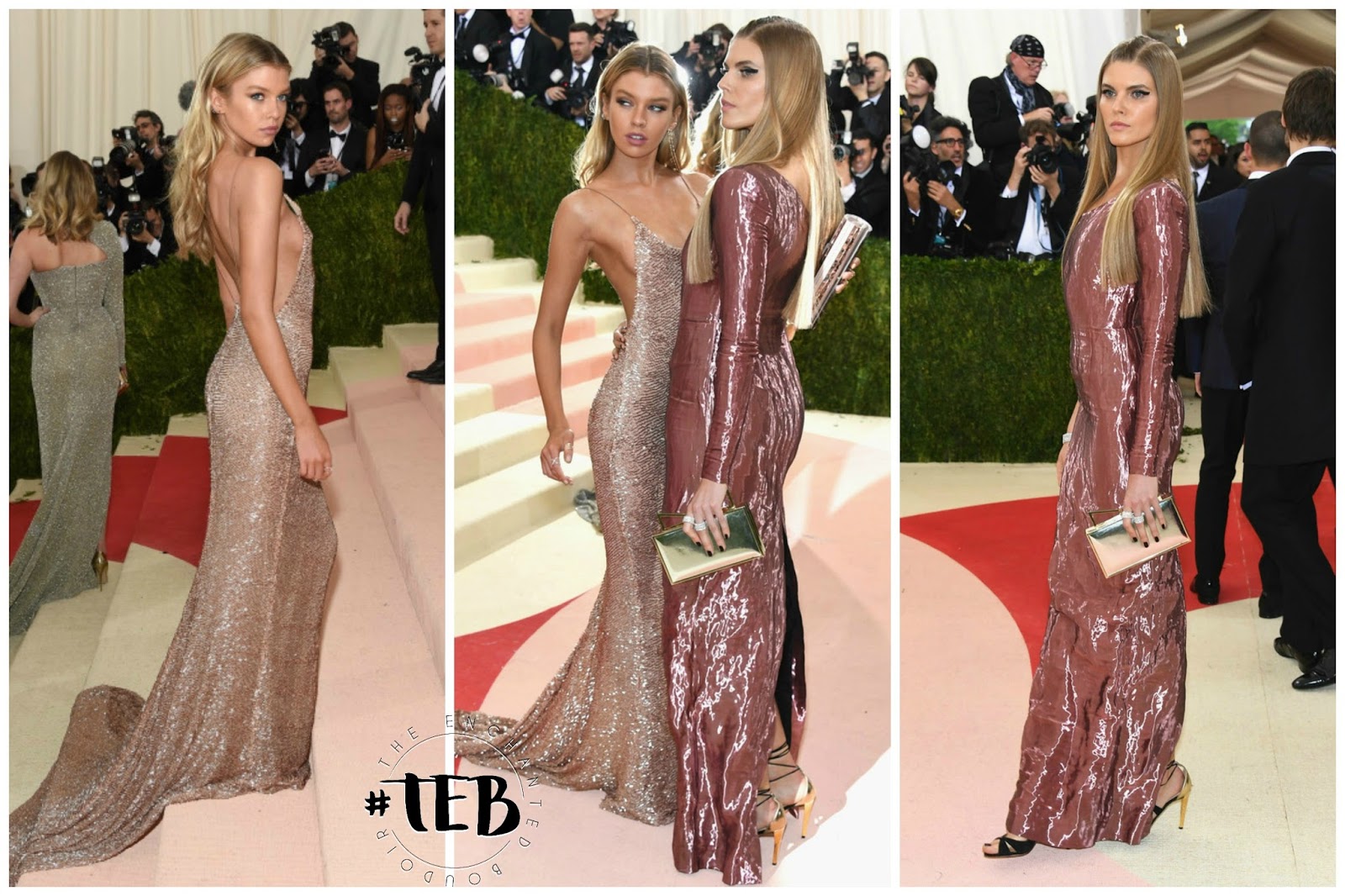 Andreea Diaconu and Vanessa Axente in Roberto Cavalli – Taylor Hill in Topshop
Andreea and Vanessa wore two beautiful gowns from the latest Roberto Cavalli collection, but they could have improved the styling. On the contrary, Taylor’s dress was a bit too simple, but it gained points thanks to the accurate styling. 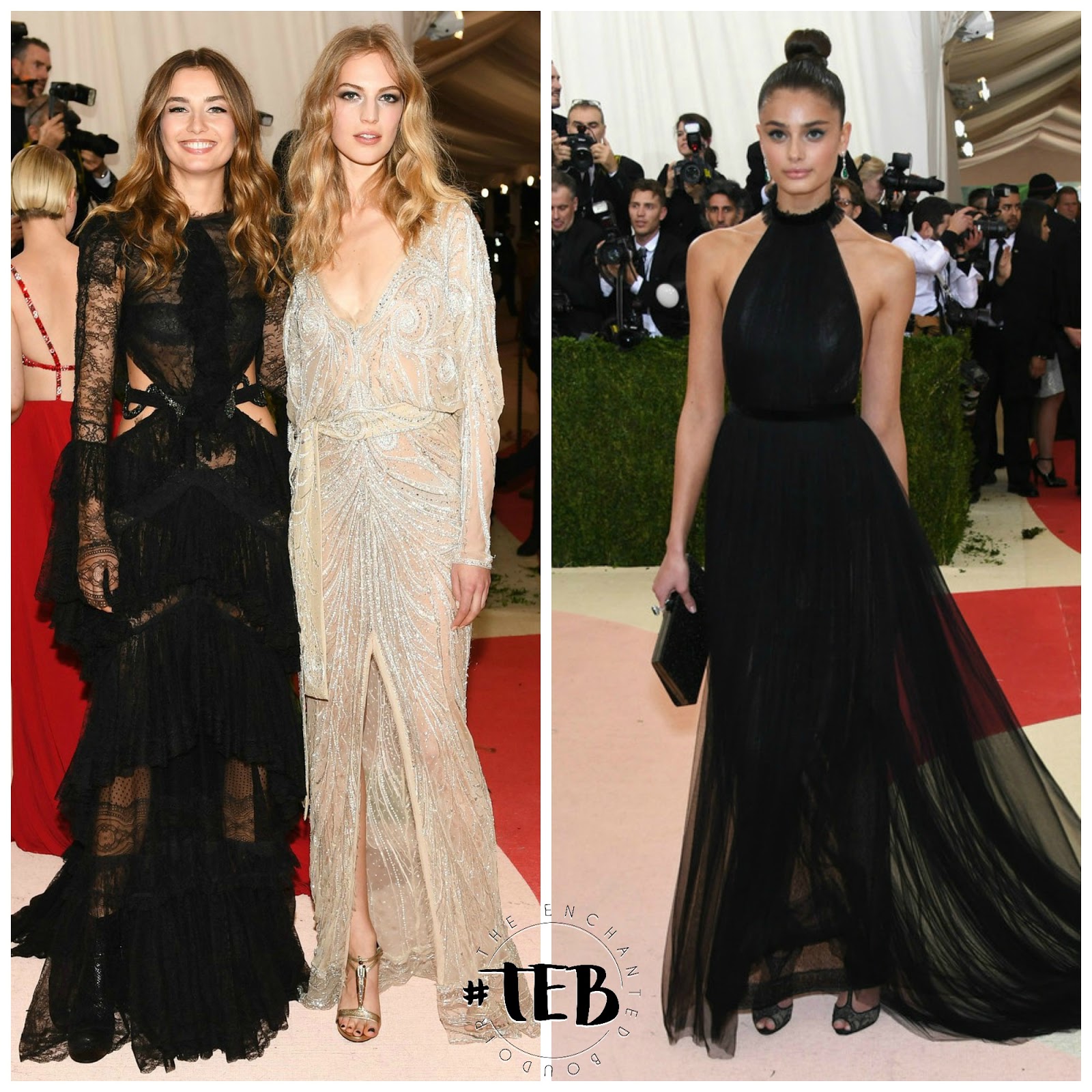 NOT GALA MATERIAL
Fei Fei Sun in Chanel – Ming Xi in Micheal Kors
Fei Fei Sun and Ming Xi would look sophisticated with anything, but this dresses are not enough for the Met Gala in addition to not fitting the theme. 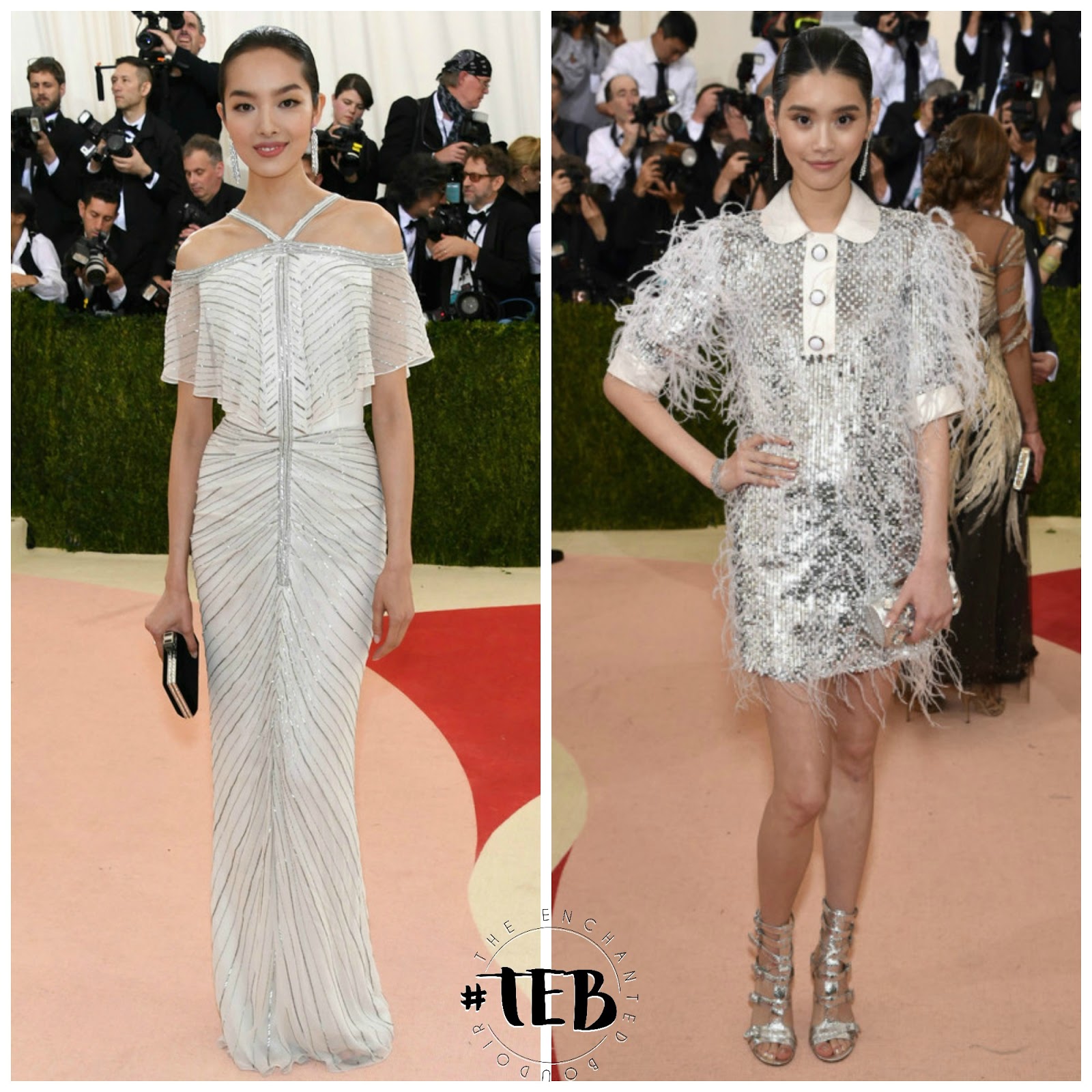 Irina Shayk in Givenchy – Kendall Jenner in Atelier Versace
At least the two models above looked elegant… I can’t say the same about Irina and Kendall! 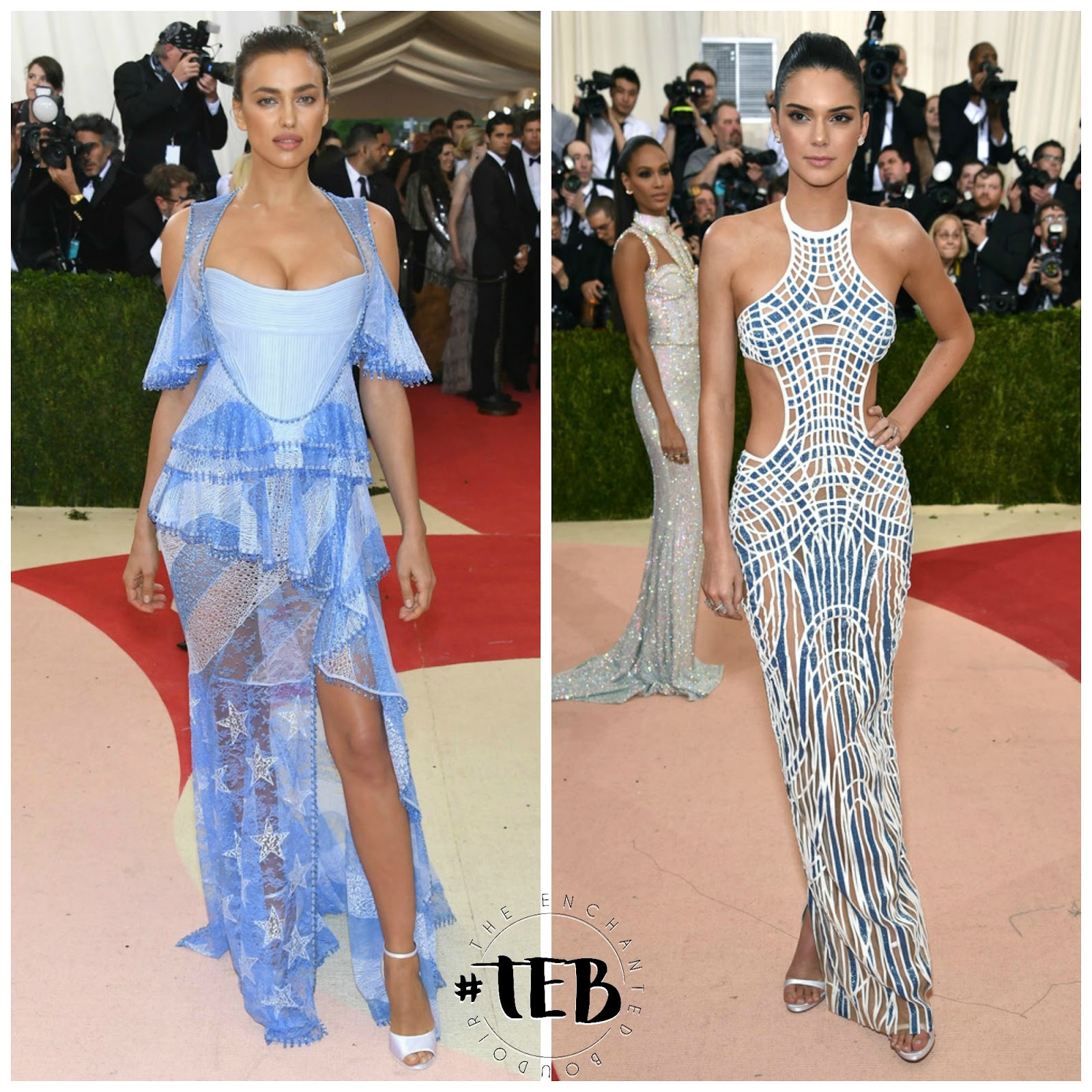 Jessica Hart in Azzedine Alaia – Jamie Bochert in Marc Jacobs
It might even be Azzedine Alaia, but I still feel like the lace two pieces are a bit dated, as I’ve seen them so many times over the past years. There are other wrong things with Jessica’s look: the styling doesn’t work and that nude layer under the skirt looks terrible. Let’s move to Jamie: I just don’t see the beauty in her dress. And what are those fabric pieces that hang down? 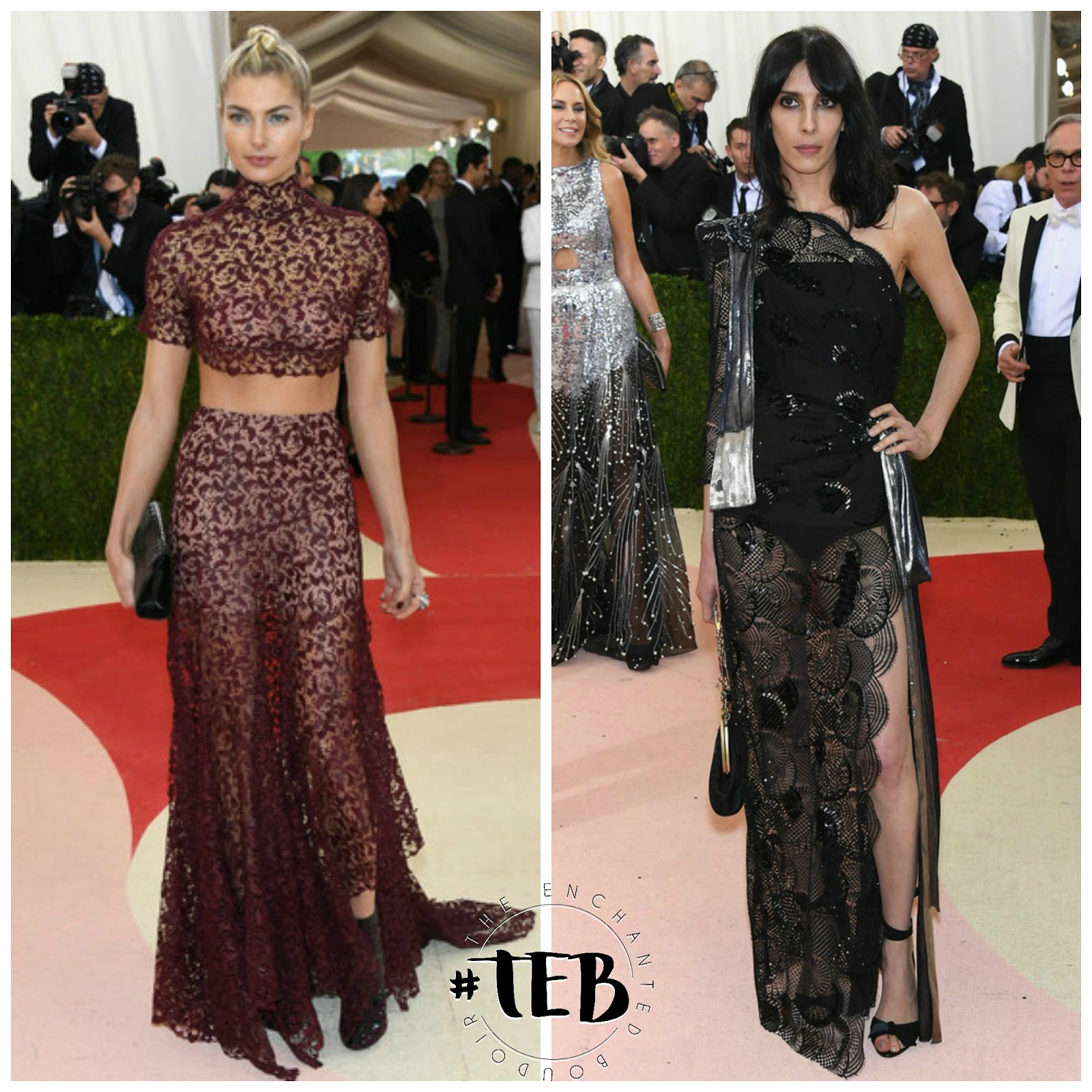 Emily Ratajkowski in Prabal Gurung
The front of Emily’s dress wasn’t terrible, but the back looked unbelivably cheap! The mesh, the drape, the jewel on the dress are a big NO! 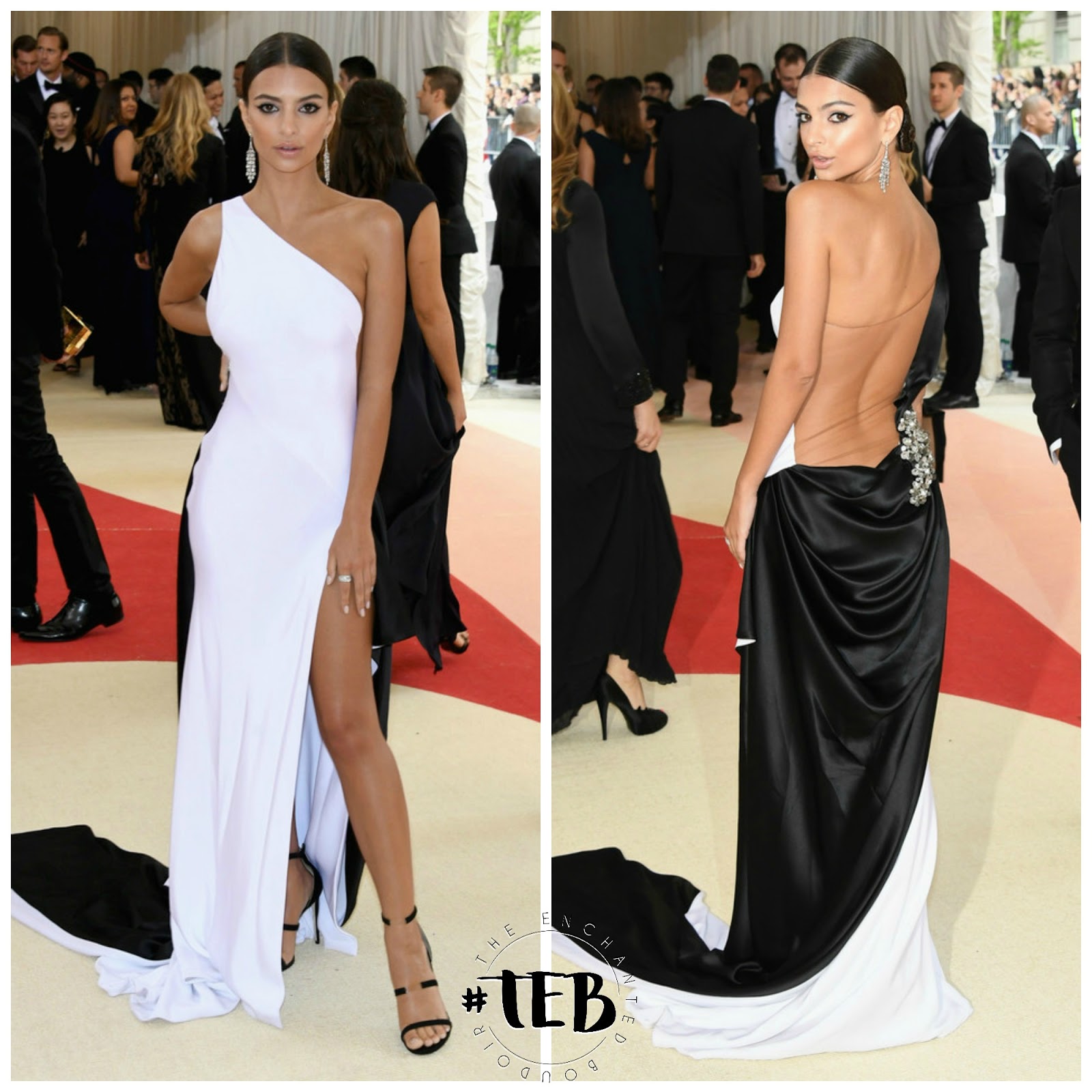