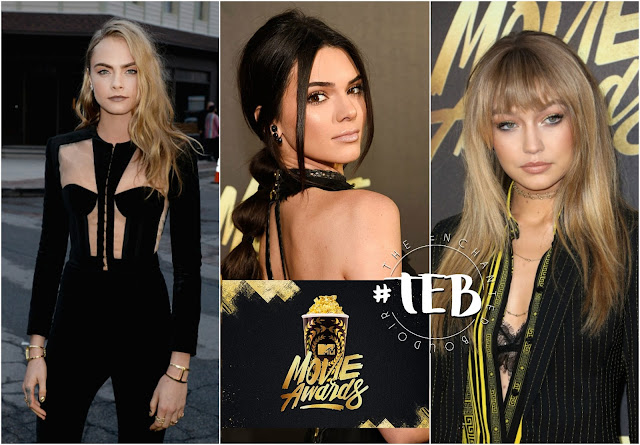 Last night MTV celebrated the most liked movies of the past season with its annual Movie Awards show.
As usual However, the red carpet did not gravitated towards actors or actresses, but towards these young celebrity models, who played the fashion-card to be noticed on the red carpet.
Let’s have a look:
Gigi Hadidin Versace
B 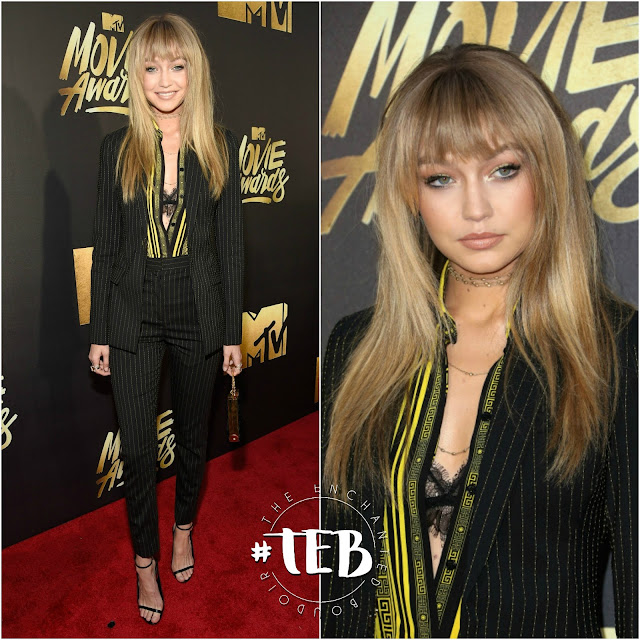 A striped suit paired with an eye-catching shirt, which was deliberately left open to catch a glimpse to the lace lingerie.
Well, this was an interesting look after all, but that hairstyle was a huge mistake. Why not going for a low bun or a sleek ponytail to enhance the female-boss vibe of the outfit?
That messy look is just an unrequested distraction.
Kendall Jenner in Kristian Aadnevik Spring 2016 and Dsquared2 shoes
B- 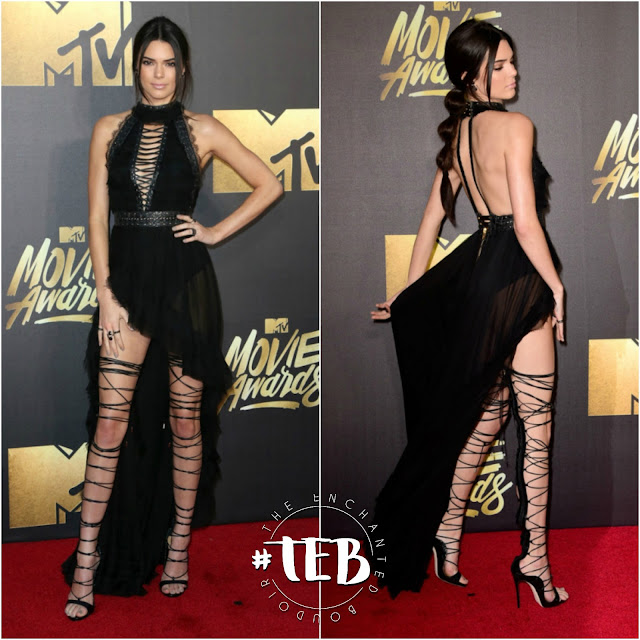 This might be an unpopular opinion, but this ensamble is a mess. Maybe MsD and I are alone on this subject, but let me explain.
Hair and make up? On point. Dress? Nice. Shoes? Edgy.
However if you mix all these elements together, the final result looks forced: are we supposed to focus on the shoes or on the dress?
Cara Delevigne in Balmain Fall 2016
B– 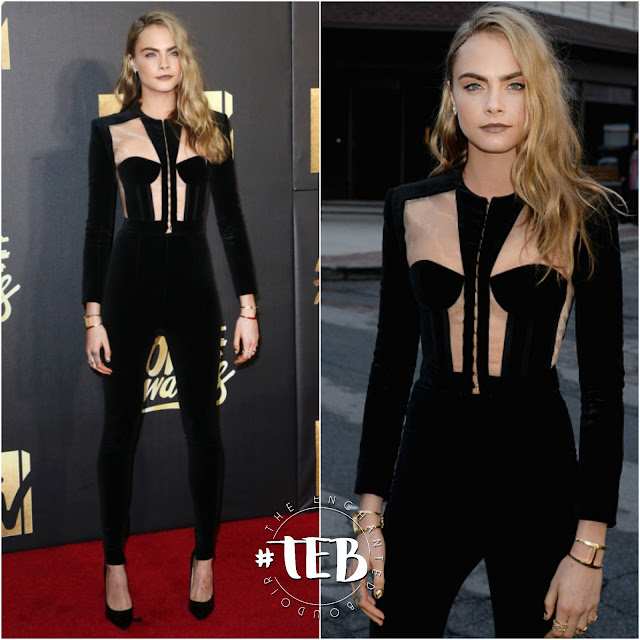 Our review about Balmain latest  fall collection was less than enthusiastic, so I don’t blame Cara for not managing to save this piece from critics.
To be fair this jumpsuits looks so much better on her than on the runway, however I can’t get pass those mesh panels…besides, who wears velvet in spring?
Written by: Stella