0 0
Last night Daily Front Row celebrated the second edition of the Fashion Los Angeles Awards: a star-studded night dedicated to fashion…but with a forgettable red carpet.
This is going to be fun. 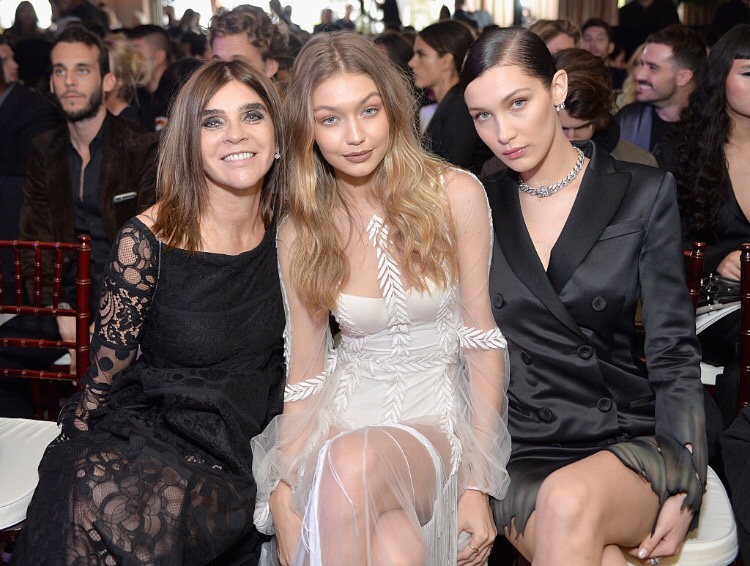 Before we jump to the funny part, let me take a moment to cheer for the winners and honorees of the night: fashion royalty Karl Lagerfeld and Carine Roitfeld graced the stage to receive respectively the Fashion Icon Award and the Magazine of the Year Award (CR Fashion Book), while Eva Chow was crowned as Fashion Innovator.
A night to remember also for stylist/designer Brandon Maxwell, who took home the Designer of the Year Award (Is he going to repeat the experience at the upcoming 2016 CFDA?), and the unstoppable Lady Gaga, who was awarded Editor of the Year thanks to her remarkable work with V Magazine‘s pre-spring issue.
The last highlight of the night?
Bella Hadid defeating her own sister, Gigi Hadid, for the Model Of The Year prize. 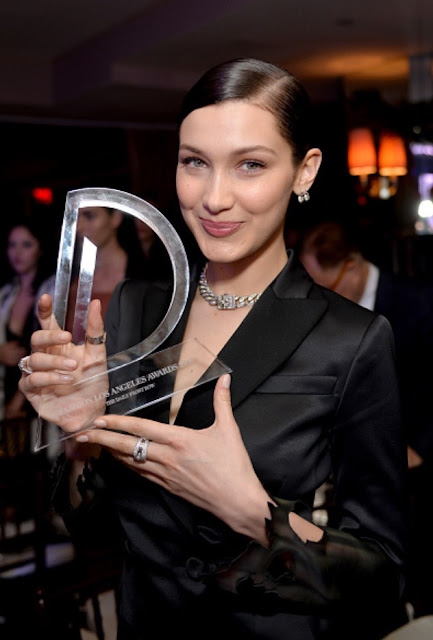 As I stated before, the good news stop here, because the red carpet was a total snooze fest…except for Nicole Richie, who brought some glam in Valentino, Kate Hudson and her two-pieces by August Getty Atelier, Jennifer Lopez, a chic vision in Ermanno Scervino, and yes, Mrs Kim Kardashian West, who happens to be on my best dressed list when she goes for a more minimalistic and classy attire. 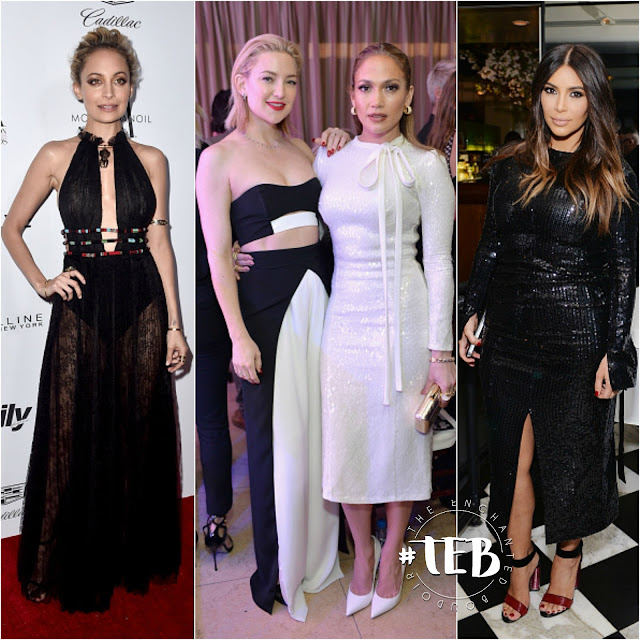 Therefore let’s have a look at the worst looks of the night:
“I am more famous than my sister”
Gigi Hadid in Yanina Couture Fall 2015
Let me get the picture for you: it’s your little sister big night, and you decide to support her by attending the special event…what would you be wearing?
Something simple and not too eye-catching?
Well, that’s Gigi Hadid’s pick for the night: a sheer caftan and a questionable bodysuit. Over-the-top? Yes, but coherent with her latest red carpet appereances: sexy, messy and pointless.
However a floor-length slip and a different hairstyle could have upgraded the final effect. Do you agree? 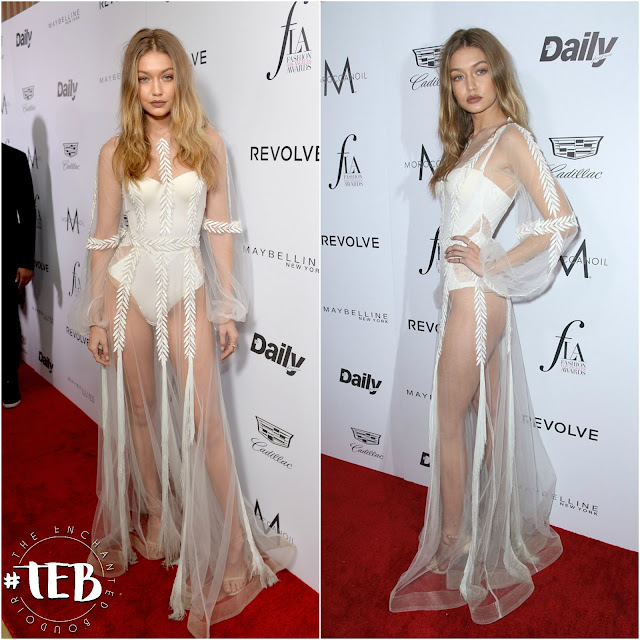 “Smoking-hot. Literally”
Bella Hadid in Moschino Fall 2016
At first glance you might think that Gigi burned Bella’s dress out of spite for not winning the model of the year award, but unfortunately that is a lie.
The Hadid sisters love each other (and I hope each other outfits at this point), therefore what you see is 1) a conscious choice made by Bella Hadid and 2) a design by Jeremy Scott for Moschino.
A classic beautiful look…until you look at the hem. 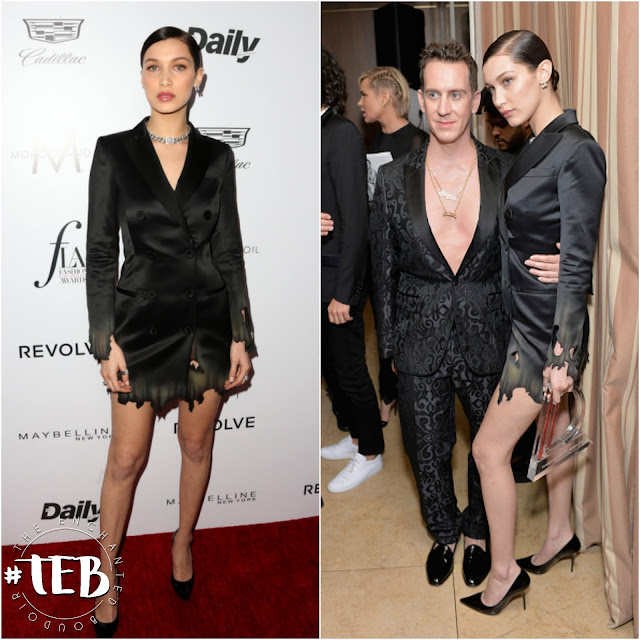 “Gaga oh-la-la!”
Lady Gaga in Saint Laurent Fall 2016
That awkward moment when your stylist is awarded as designer of the year (Brandon Maxwell), and for his big night decides to dress you with an hideous creation from another designer. 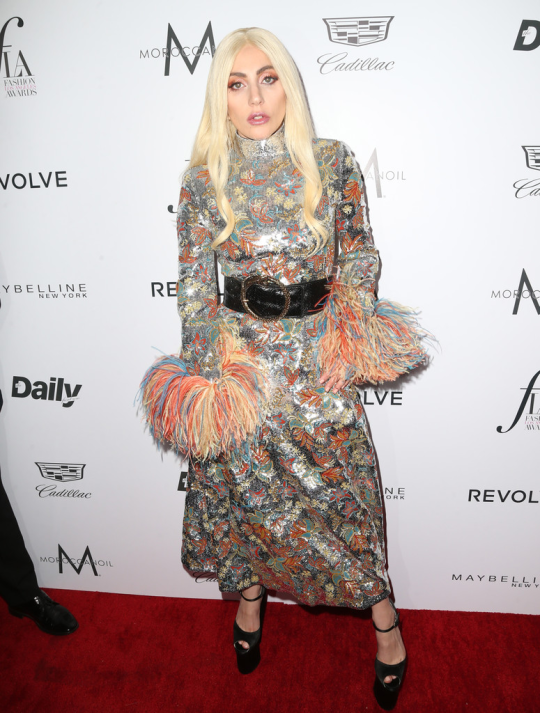 Maybe I was too quick on judging the Grammys’ fashion.