0 0
If the Golden Globes were awaited, the Oscars night has been wanted, dreamed and fantasized frantically for months. 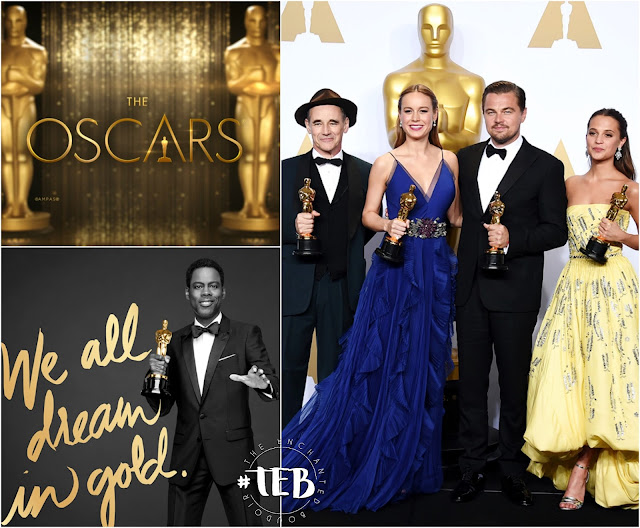 And in the end, as the time flows, this night, the 88th night has come: the ceremony took place as usual in Los Angeles, the motherland of Hollywood as everybody knows, at the Dolby Theatre hosted by the afroamerican comedian Chris Rock.
I have to admit I have underestimated him: he is hilarious!
But here we are again for one reason: did HE make it? Did HE finally take this freaking Oscar in order to stop all our Facebook, Twitter, Instagram’s friends wandering and joking about it?
YES! Yes yess yesss! 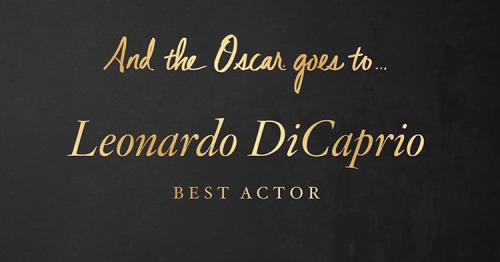 Honestly Leonardo DiCaprio deserved it a long time ago, since his first appearance on the big screen, but it happened last night and we are happy and proud – and exhausted – as if this award was our own. Don’t you all feel like a proud mama or papa looking at your son finally graduating? We’ve seen him growing as a man and in his job, getting better and better, (hotter and hotter) acting beautifully in so many roles, that I have seriously forgotten most of them).
However there is probably only one reason why we love him so much: he has been the best Jack Dawson we could ever dream in our life.
I am getting emotional, let’s move on with the lady who was crowned as best actress in a leading role: Brie Larson.
She has already collected a Golden Globe last month and this Oscar is just the cerry on top on the outré but breathe-taking film (Room) she acted in. Another major moment was provided  to know the hole cinematographic world’s fate and it depends obviously on the Best Picture movie. And the new Tom McCarthy’s film Spotlight won this round.
Everything began with a provocative headline of a new local paper The Boston Globe. This is a complaint film where everything, starting from the truthfulness and reliability of the dialogues, expertly written by McCarthy and Josh Singer, has been calculated. Its precision and its stellar cast (Mark Ruffalo, Michael Keaton, Rachel McAdams) guaranteed this film a golden recognition.
Inarritu won the Direction prize for The Revenant, while Mad Max: Fury Road got the Best sound mixing, Best sound editing,  Best editing, Best makeup and hairstyling, Best production design and Best costume design – then is McCarthy winning for what?!
Our beloved Italy won a place under the  spotlight also this year, thanks one of the greatest composer in the world – according to the New York Times – Ennio Morricone, that won the Best Soundtrack for The Hateful Eight. Few people may know it, but this is just the second Oscar he got and the first was given him for his career.
Oscars night ends here: we are still very emotional for Leo, but let me ask you a question…now that he won, what will we do?