0 0
Every year in this period I find my self wondering what the Super Bowl actually means to me: do I care more for the athletes or the halftime show? The answer is always the music of course…but it depends on who is performing.
As Coldplay was announced to be the main act of the event my interest dropped: even though I respect them as a band and I believe in their talent, in my opinion they could not suit the event.
Have I changed my mind after watching the show?
No.
The British band called Bruno Mars & (queen) Beyoncè as supporting acts, but they predictably ended up looking like the main course. 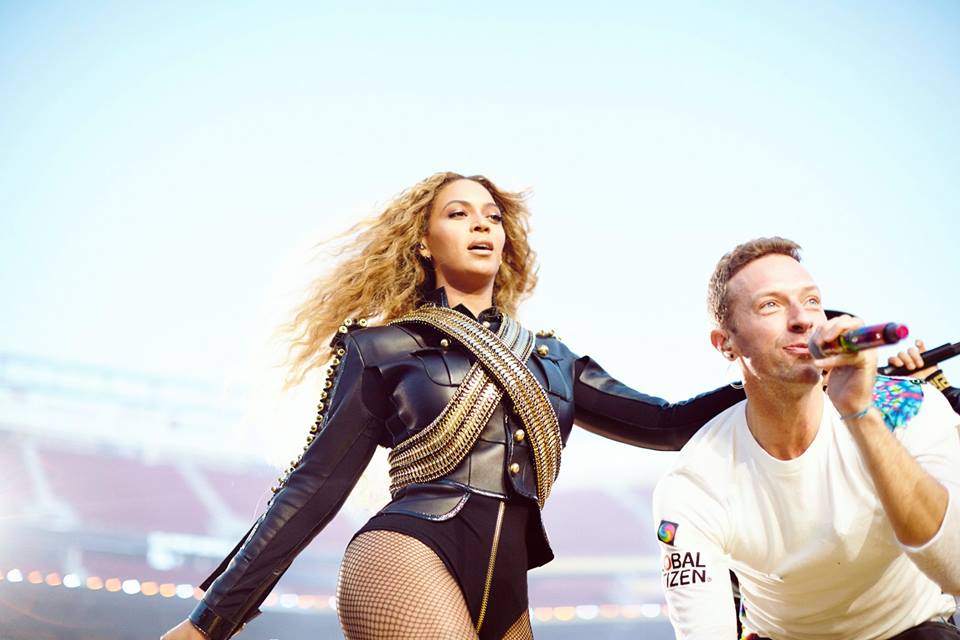 As Chris Martin opened the show with a medley of his most famous hits, Bruno Mars speeded up the beat performing Uptown Folk  with a group of dancers: all of them wearing Versace head to toe, with plenty of gold chains. 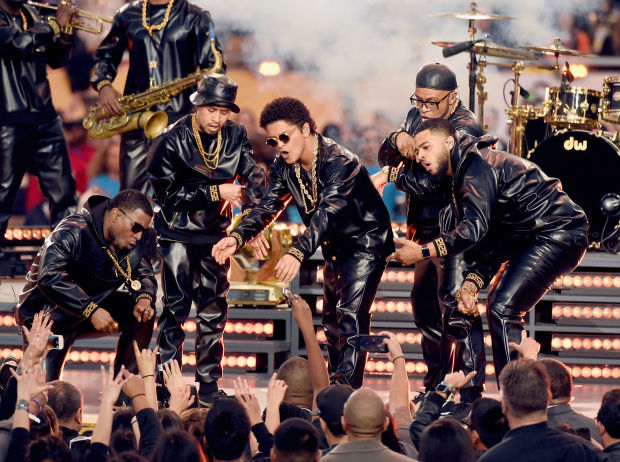 Finally they welcomed Beyoncè on stage: wearing a custom Dsquared2 jacked inspired by Michael Jackson, the diva brought some girl power to the show performing her newly premiered single Formation, a manifesto for the Black Lives Movement…and #TEB’s new jam. During the performance she nearly fell, but she quickly saved herself like a pro. #Queen. 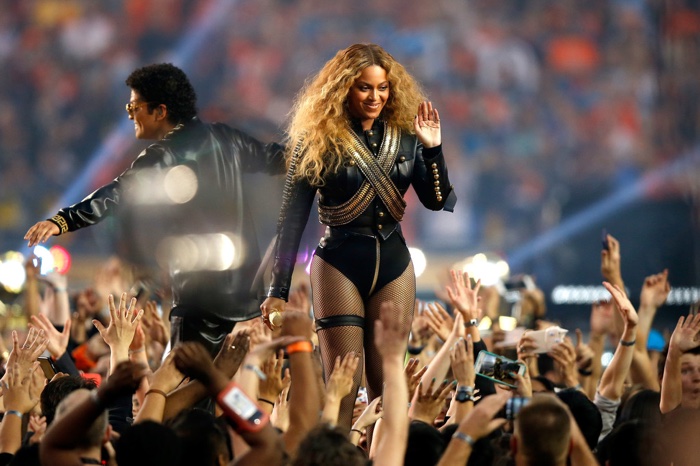 The halftime show ended with a tribute to all of the artists that had the honour to perform at the Super Bowl: from Michael Jackson to Witney Huston, from Steve Wonder to the Rolling Stones without forgetting the Black Eyed Peas, Madonna, Beyoncè and Katy Perry.
Leslie’s review: It was not the most spectacular Halftime show ever, I mean, even Katy Perry did better last year, showing up on a gigant robotic tiger. I believe that Bruno and (queen) Beyonce saved the day showing off their insane dancing and vocal abilities.
Therefore this means that Coldplay’s performance was a flop: no energy, no spark, no soul. The closing tribute was a good intuition, but ultimately a lame decision.
Also in my opinion, the show’s drama was taken away from the daylight: just try to imagine the same show performed a couple of hours later. #Boom !

@URaStella Quenn B blast it!!! I gotta say it doee without @Beyonce n @BrunoMars this #HalftimeShow would have been so boring!

Agree.
Another major musical moment was gifted by Lady Gaga, who got the chance to open the 2016 Super Bowl “Carolina Panthers vs Denver Broncos” match singing the American national anthem: a beautiful vocal performance that honestly brought me to tears, even if I am not American!

The styling however brought me to tears for other reasons: I can get on board with that shimmering lurex Gucci suit, but to me the hair style and the shoes were all over the place. 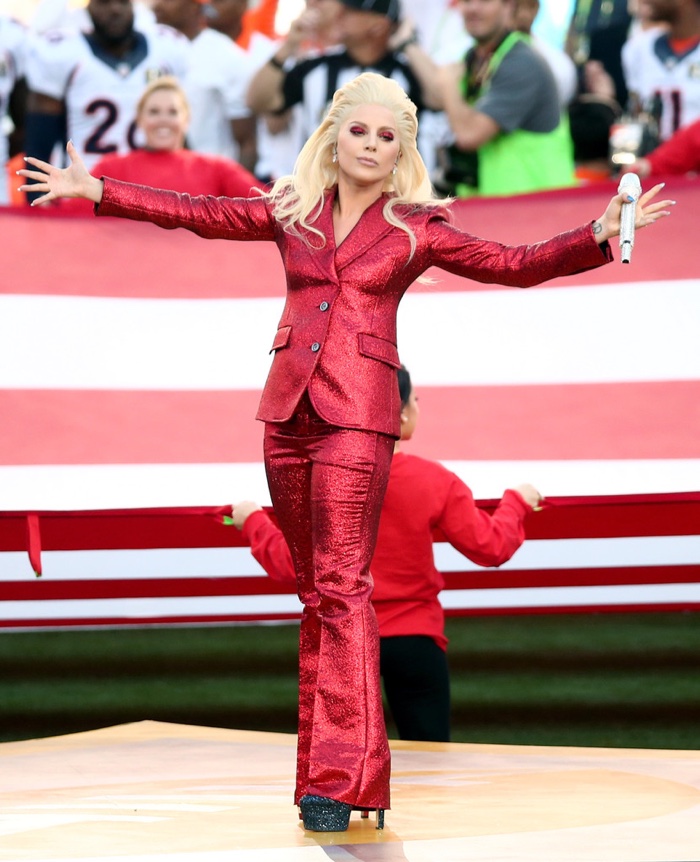 Leslie’s review: Gaga the great! An amazing performance for real. Fashion wise, maybe that look was more a tribute to her costumy alter ego?
Who knows.
Take a look at the show and tell us what you think!!
Written by: Stella & Leslie
Picture Sources: 1; 2; 3