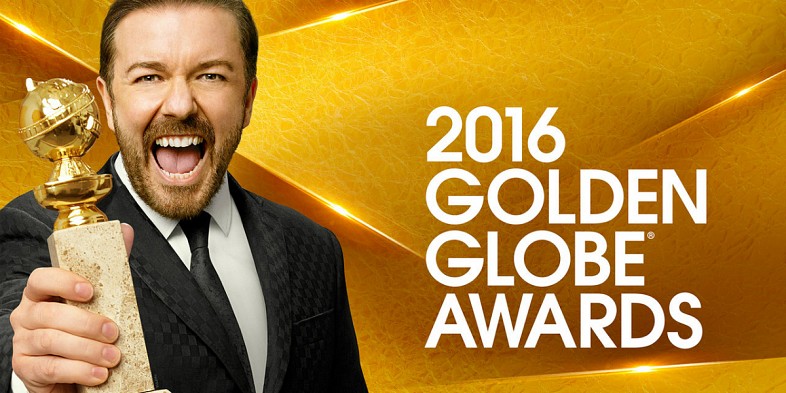 Yesterday night the 73rd annual Golden Globes Awards ceremony was on from its traditional location at the Beverly Hilton, hosted for the fourth time by Ricky Gervais. Even if his return has been much discussed, his giggly performance spot on.

Of course the most awaited moment was the announcement of the Best Motion Picture – Drama, for which were nominated: Carol, Mad Max: fury road, The Revenant, Room and Spotlight.
[GOLDEN GLOBES 2016: THE RED CARPET]

And The Revenant won this round. The film follows the true life story of 19th century American explorer and fur trapper Hugh Glass (Leonardo DiCaprio), who was left for dead by two members of his hunting team following a harrowing encounter with a bear.
Though you haven’t seen the tape yet, you can imagine how powerful the picture is, showing the greatness of nature against human beings. Iñarritu’s choices were made to transport us directly in the scene and make us feel part of the story. But as far as I’m concerned, DiCaprio performance has definitely contributed with the style decision  made by the director, guaranteeing this film a Golden recognition.
The second most awaited moment was obviously the choice of the best actor and actress.
For the drama category:
She is the youngest in her category, but she get rid of the competition: Brie Larson. She’s fresh, different and no matter what you can say about her singing past, her performance in Room stood out.
Our beloved Leonardo DiCaprio, but I’m not sure he’s happy as we are because he’s waiting for another prize…golden too, but with a different shape.
It’s time now to discover the winner in Best music Picture Musical or Comedy.
The Martian has been crowned. For real? This film might be great for praising science and human thoughts, and Matt Damon is great as usual. But I have to say it: the story is too slow and now and then it is too difficult to understand some “scientific” passages for a non-spaceman as I am.
Let’s see the winning actor and actress for this category:
For the ladies, this year Jennifer Lawrence‘ performance as Joy was remarkable. The jury evaluated her typical deep acting style worth for a Golden award.
On the other hand for the male category, Matt Damon seemed to overshadow the competition. Jurors might have considered his career instead of his performance in The Martian, because honestly it was… BOOORING.
It is time now to see what foreign movie won… even if few seem to care about it.
From Hungary the winner is Son of Saul. Lazlo Nemes’s film tells about a Sonderkommando member’s private grief, showing at the same time the horror of the Holocaust and drawing audience’s attention on this tragic subject.
Let’s change topic and focus on TV awards.
As the time goes by, the society changes: people don’t have time (and money) to go to movie theaters every week, and they only want to stay in their home, laying on their sofas, watching good products any time they want. And what’s better than a good TV series that goes on once a week?
Among the nominees, that have been talked over a lot especially on the internet, Mr Robot won against the others: melting thriller with drama and a little bit of sociopathy, Americans are completely in love with this series.
[Check the winners’ full list after the jump]

Definitely a night to remember: I hope you share my point of view, and you will stay tuned for the next review! 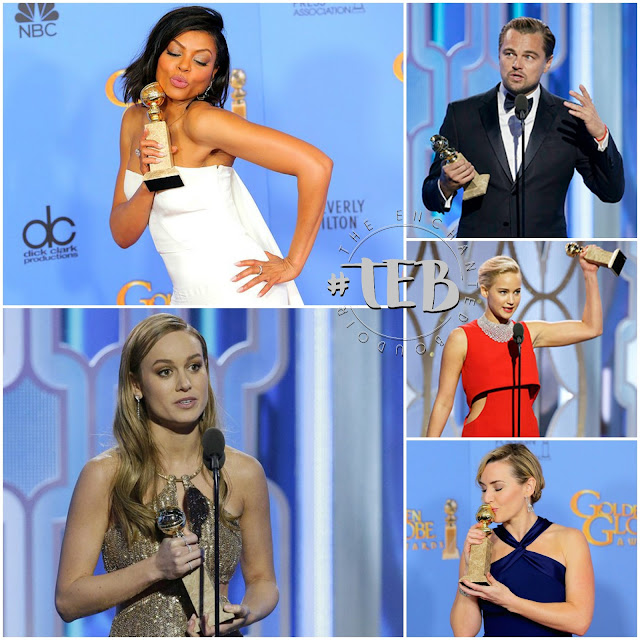 Best Original Song, Motion Picture
“Love Me Like You Do,” Fifty Shades of Grey
“One Kind of Love,” Love & Mercy
“See You Again,” Furious 7
“Simple Song #3,” Youth
WINNER: “Writing’s on the Wall,” Spectre