0 0
Let’s close the week with style, time for #TEB’s “Best Of The Week: top models edition”

One of the hot topics of the week has to be the Donatella Versace joining Instgram!
For her social devut, the Italian designer took us on the set of Versace s/s 2016 campaign, staged in the California salt flats. Social star and model Gigi Hadid took part to the photoshoot and obviously found the time to take a selfie with Donatella herself.

Oh oh, I see trouble!
Raquel Zimmermann , who fiercely opened the Versace runway show back in September, was obviously featured in the campaign with fellow top model Natasha Poly.
The two blonds shared a selfie with fashion photographer Steven Klein. 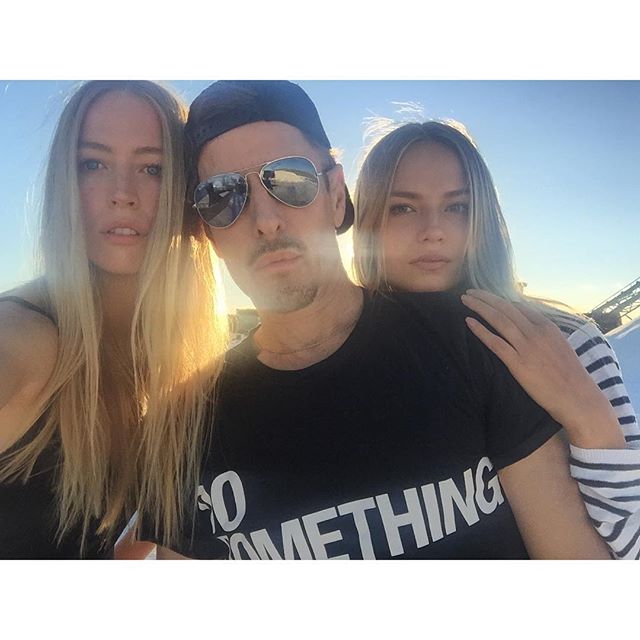 Set life also for Josephine Skriver, who was in Brazil for a photoshoot with David Bellemere.

British top model Jourdan Dunn was working too but in Puerto Rico, and judging from this pic I guess she was definitely having fun on set!

Let’s move to paradise to meet some of our favourite angels…well VS angels of course!
Lily Aldrige and Elsa Hosk were both attending several TV shows and events to promote the 2015 Victoria’s Secret Fashion Show, that will broadcast on December 8 on CBS.
Don’t forget to read our juicy review of the show & check the list of the best lingerie looks on the runway!
#Angels

No work duties for angel Taylor Hill, who took advantage of the break to spend some time with her family: I am in love with this cute selfie with her sisters and puppies!
#Sisters

In case you were wondering this what winter looks like in Malibu.
Let’s thank Rosie Huntington-Whiteley for this beautiful pic!
#Magic

Puerto Rican stunner Joan Smalls just proved to me that it is possible to look fierce wearing a Mickey Mouse cap.
#LetsTryIt

Fashion models’ life: Is it really that easy?