0 0
When it comes to pop music, we usually tend to compare and contrast songs with exasperatingly repetitive lyrics and more complex tunes, requiring important voices, strong lyrics and evocative atmospheres. The latter is precisely Adele’s case: her return with the song “Hello”, which is dominating the charts, has worried her competitors (rumour has it that Rihanna cancelled her appearance at the VS fashion show to focus on the upcoming album). 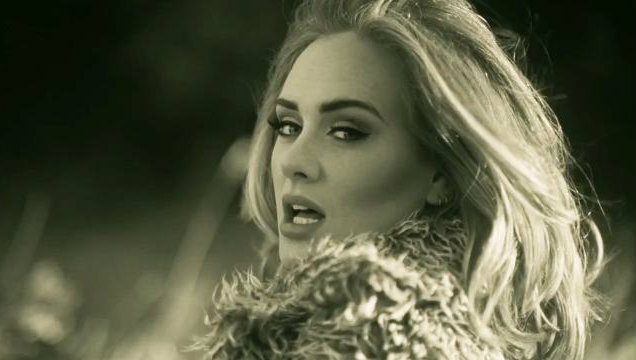 The Brit Awards, Grammy and Oscar winning star is going to gift her fans with a whole record of new heart-breaking songs: her new album 25 will be officially released today, November 20th !
Let’s see what #TEB music expert has to say about it: it’s your turn, Leslie!
written by : Claudia

Hello?
Exactly that is the title of the new single from Adele!
After a five years of absence from the music scene, she’s ready to jump on what I call the “ADELE STORM”.
What do I mean by storm? I mean that just after a week from the release of the single, her video on YouTube almost reached more than 310 million views and scored number 1 on the UK and Europe charts!
Personally, I love this track not only for the lyrics that can deeply touch your soul (as Adele’s songs usually do), but also because Adele gave her irreplaceable twist to it: the first verse already takes you into the mood of the song, leading to an explosive chorus that is catchy and unforgettable.
Thank God Adele is back! After all those up-tempo tracks spreading around, such as Rihanna’s BBHMM or Taylor Swift’s Bad Blood, we definitely needed some different music all together.
If you were fans of Adele’s previous albums 19 and 21, than you won’t be disappointed by 25, that is going to be easily labelled as the album of the year.
25 is an album about loneliness and regret, yes, but the story is so beautifully told that you can not deny its quality!
The record will not be available on streaming services like Spotify, but do not let this pervent you from buying this masterpiece…I mean did you see the fans’ reactions to the album release, on Twitter?

After listening to @Adele #25 I’m like. Nope I’m not calling my EX. pic.twitter.com/EOti3YBVvv