As we previously told you the show, recorded on November 10, will be broadcasted on December 8 on CBS: as we wait for the televison-premiere here at #TEB you can have a taste of what the runway show was like thanks to our exclusive posts!
We know you love us.
The ingredients of this year Victoria’s Secret Fashion Show featured:
– 15 angels;
– 32 models (Gigi Hadid & Kendall Jenner included);
– 75 outfits;
– 46 wings (of which 4 recycled);
– custom-designed Brian Atwood’s footwear
– 6 thematic segments, a.k.a. Boho Psycedelic, Exotic Butterflies, Portrait of an Angel, Pink USA, Ice Angels and Fireworks;
– 3 music acts, a.k.a Ellie Goulding (in place of Rihanna), The Weeknd and Selena Gomez;.
– and the 2 million dollars fireworks-inspired Fantasy Bra, worn by angel Lily Aldrige
After our detailed and critic review we believe it is time to relax and enjoy the best outfits presented on the runway: sounds jucy, right?
Let’s have a look:
Boho Psychedelic 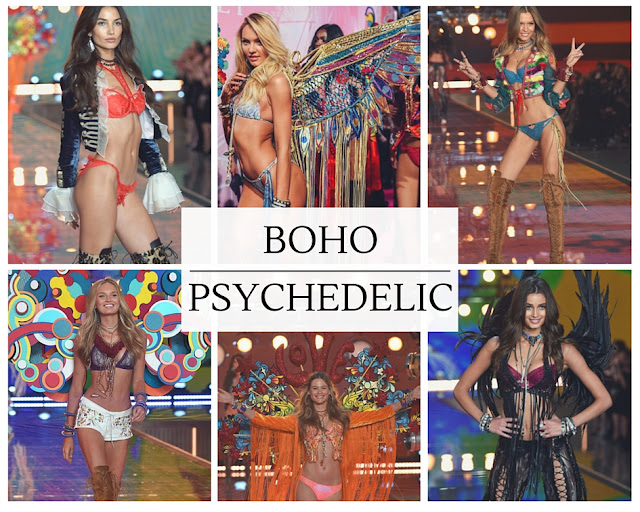 For its opening segment the iconic American brand took inspiration from the music world, with an edgy rock ‘n roll segment: this is boho psychedelic!
Fringes, leather, chaotic prints and suede boots made their appereance on the runway, showing to the world what a love child between Victoria’s Secret and Coachella would look like. 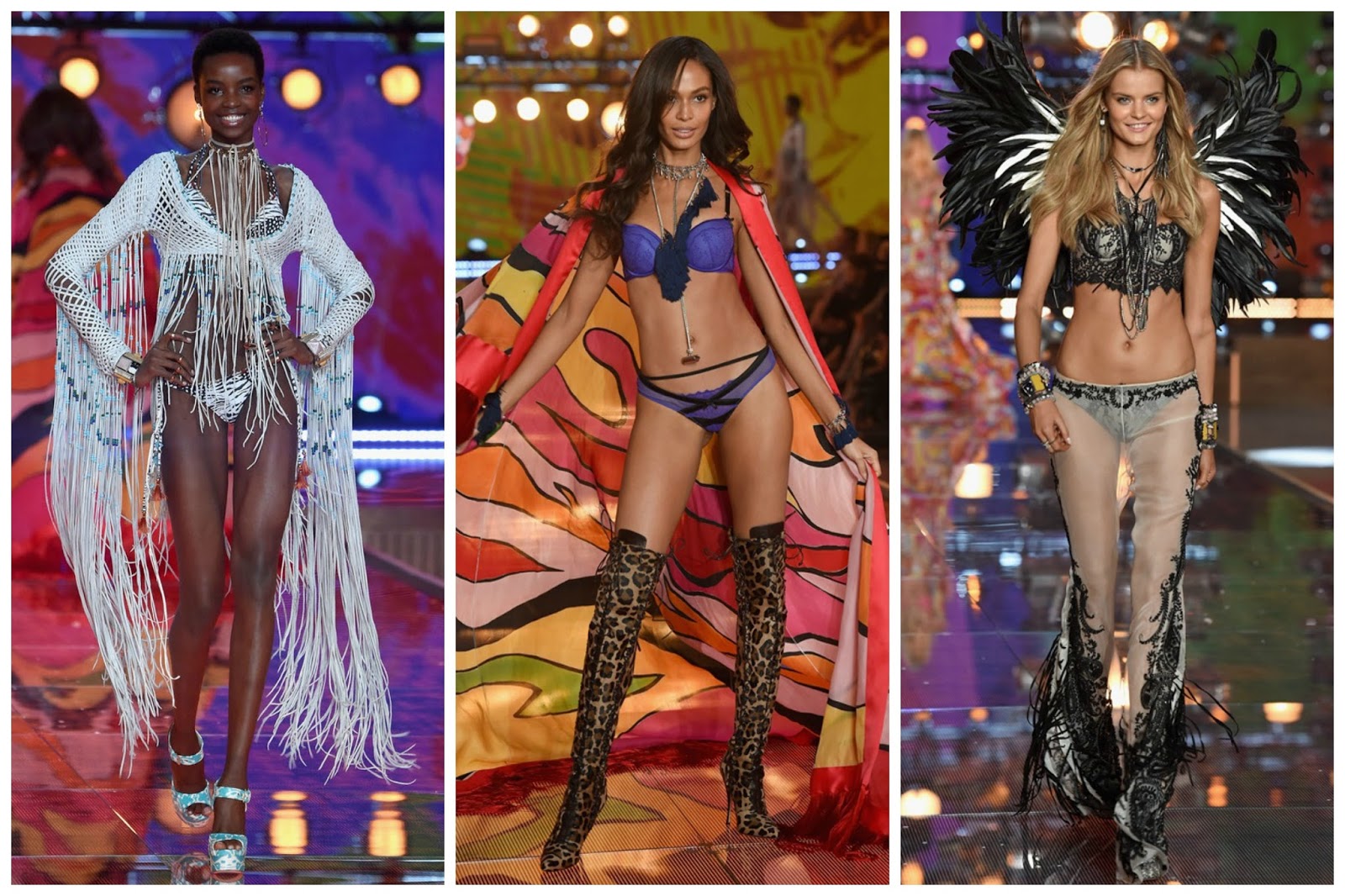 The VS team took the chance to showcase also some swimwear pieces along with the lingerie, to improve the festival atmosphere. The most eye-catching look has to be the one worn by Candice Swanepoel: bikini, sexy suede boots and hand-painted leather wings. 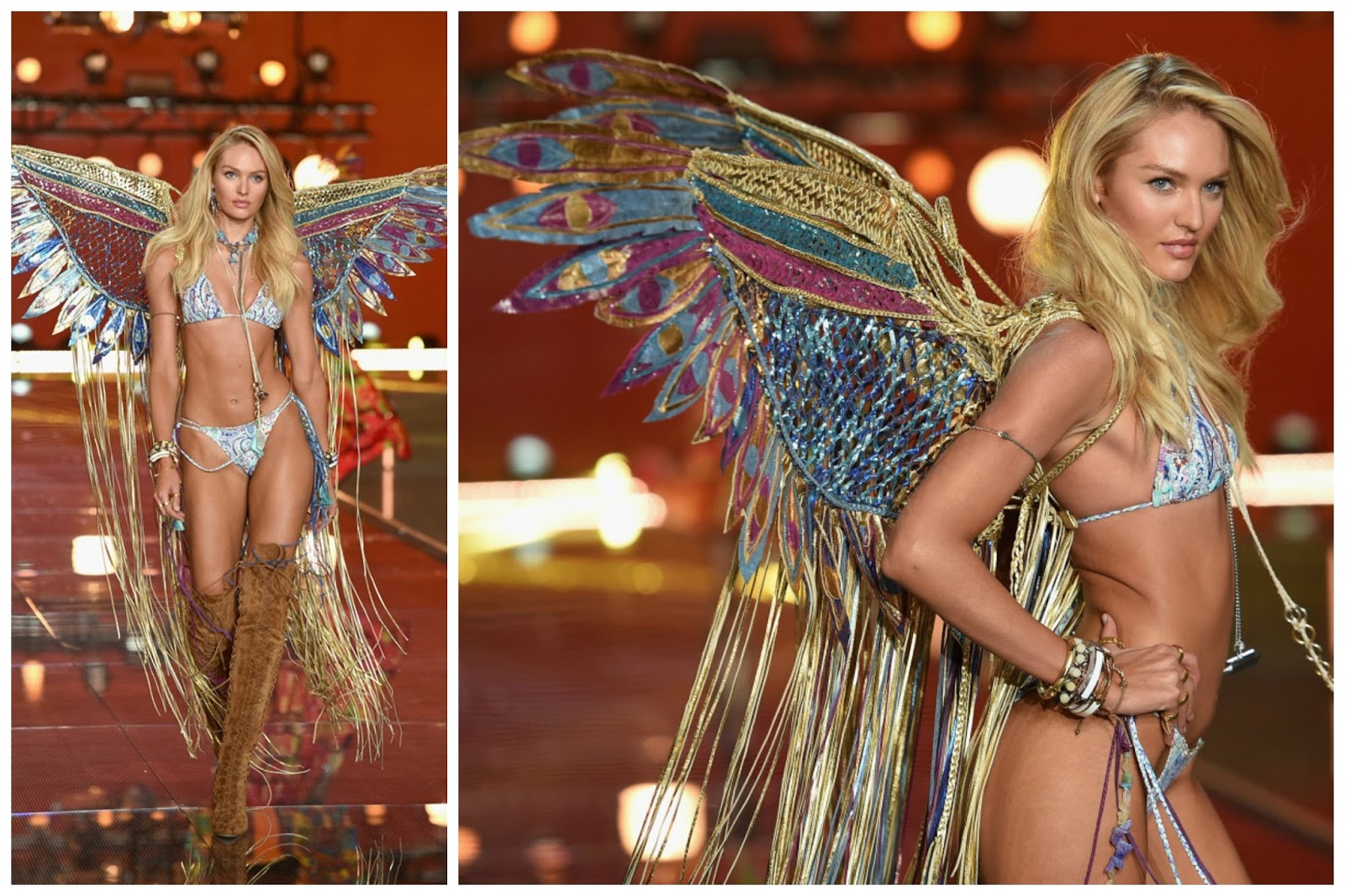 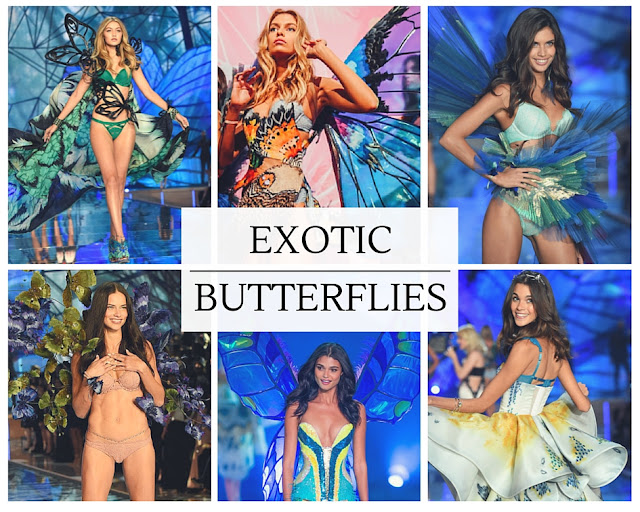 Let’s dive into the beauty of nature with the Exotic Butterfiles segment: the creative team tried to explore the richness of the colors of the butterflies, paying special attention to the texture of the feathers. 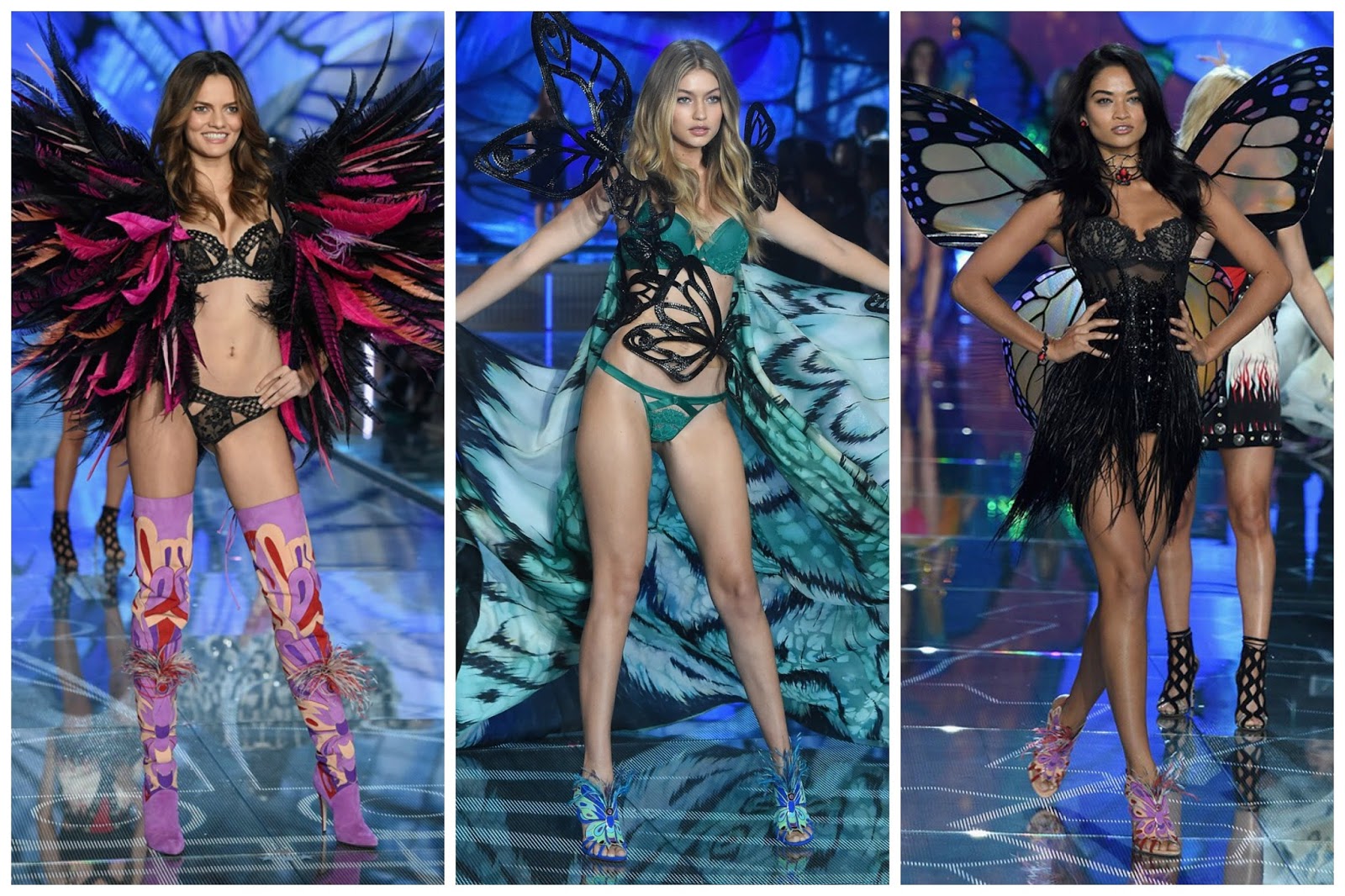 The Brazilian stunner and new angel Lais Riberio had the honor to wear the biggest wings of the show: light floathing pink wings made her look nothing less than a beautiful fairy. 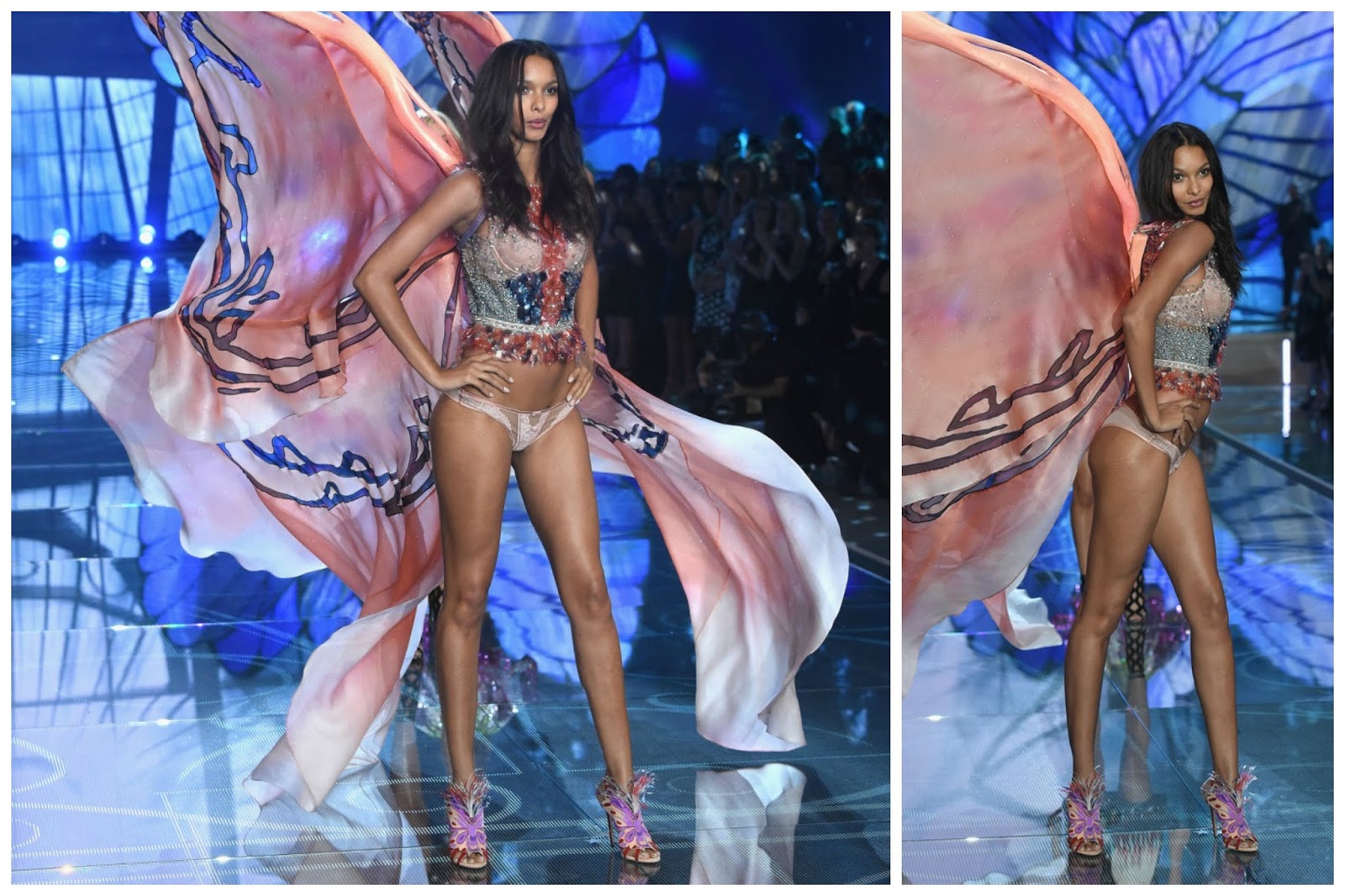 Portrait Of An Angel
Music performace by The Weeknd 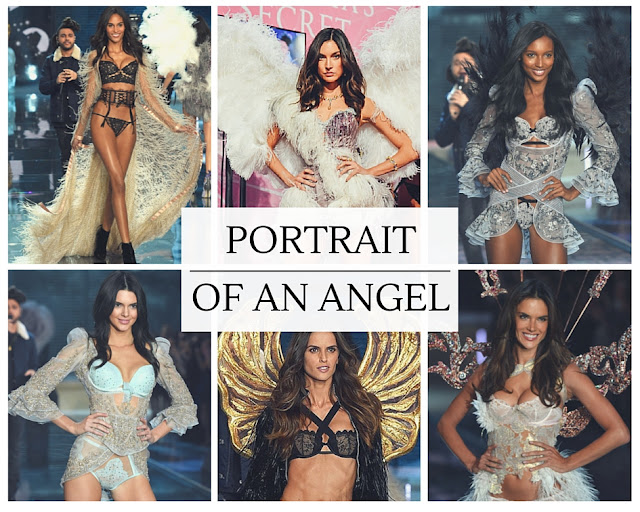 Dusty colors in the shades of grey, blue, turquoise and pink, for the most romantic and feminine segment: this is the Portrait of an Angel, a classic on the Victoria’s Secret runway.
The dreamy segment feautred several lace outfits styled with precious jewels, light wings and sheer cover-ups: the models definitely turned into dreamy visions. 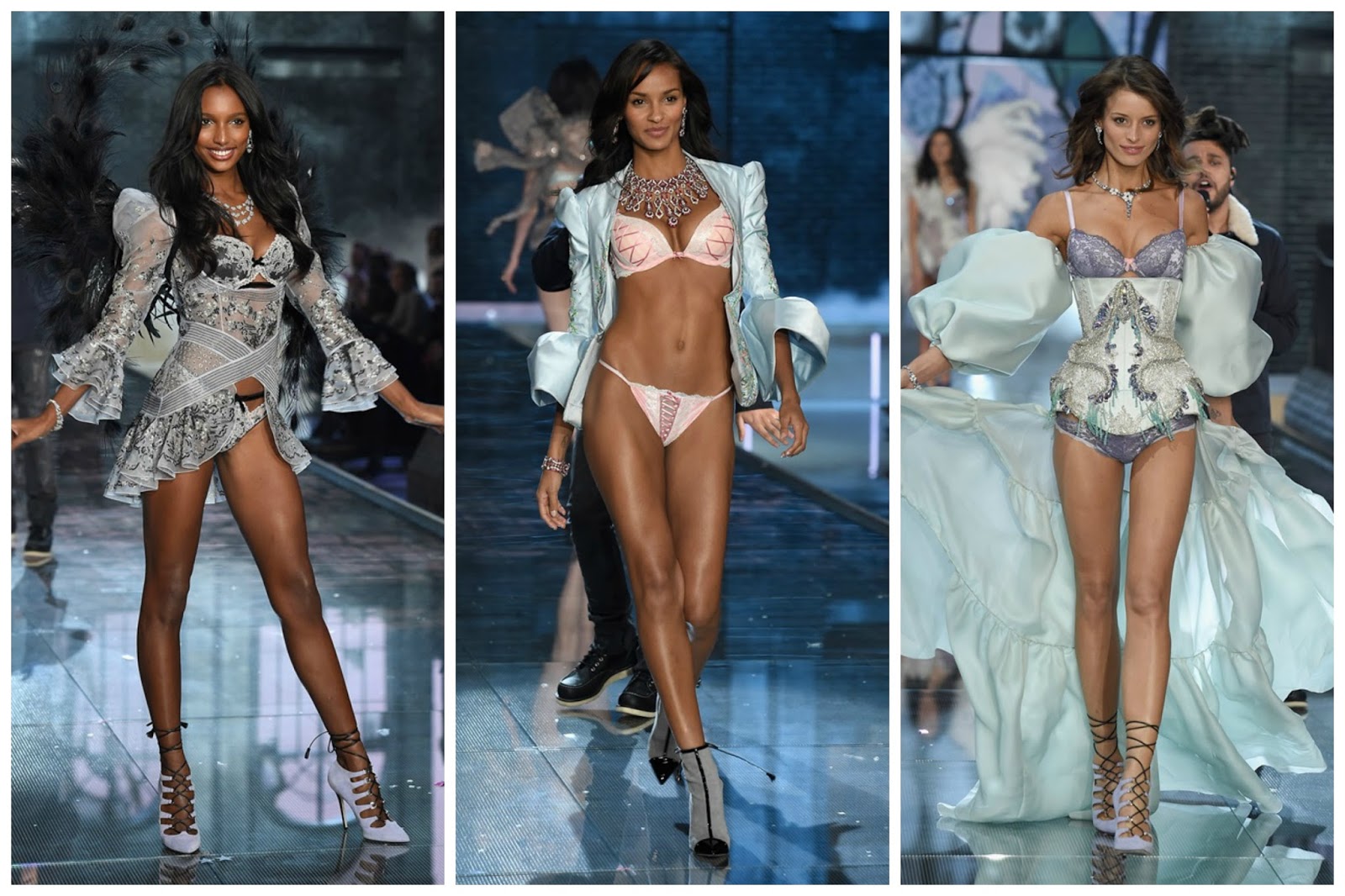 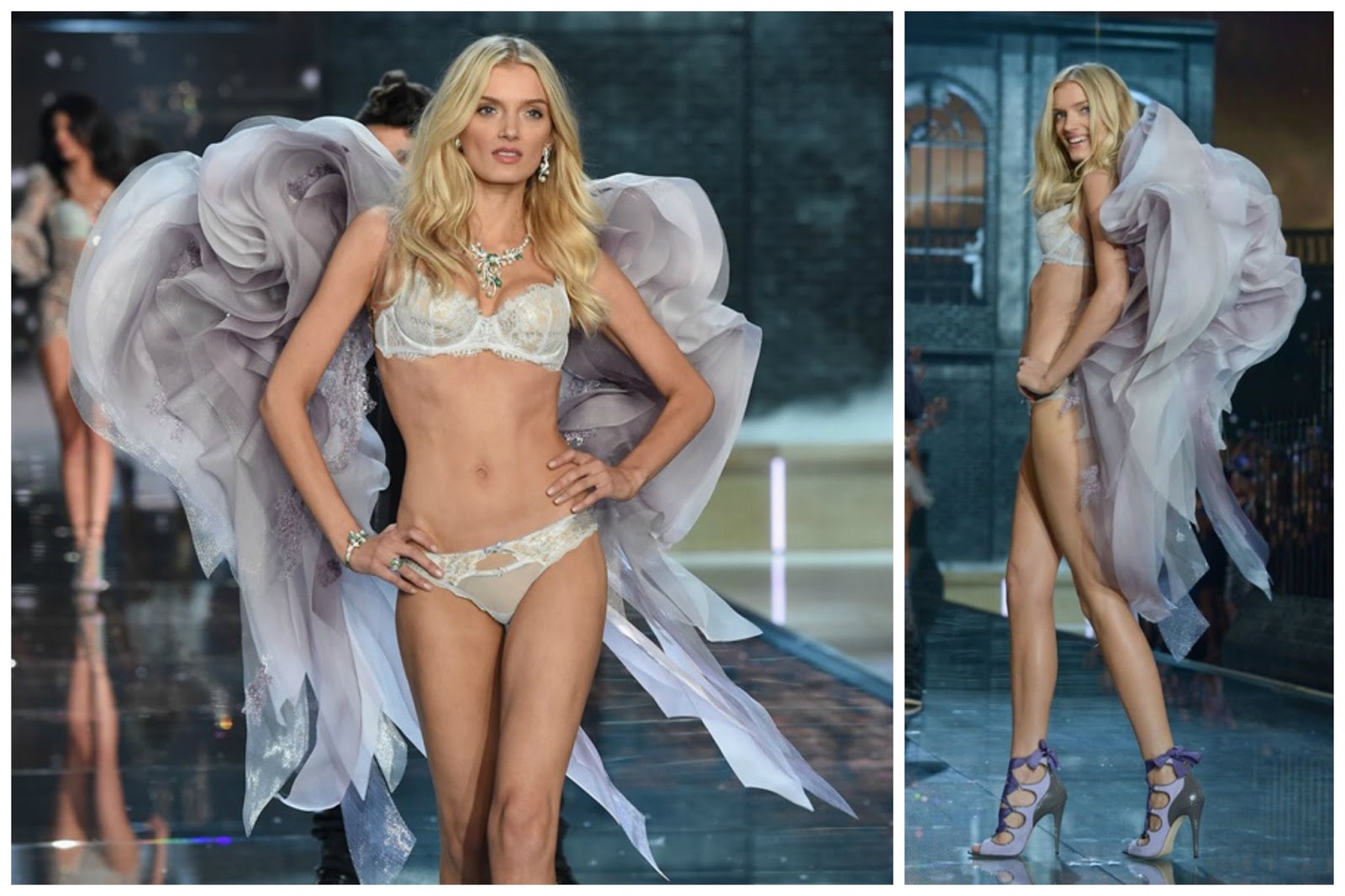 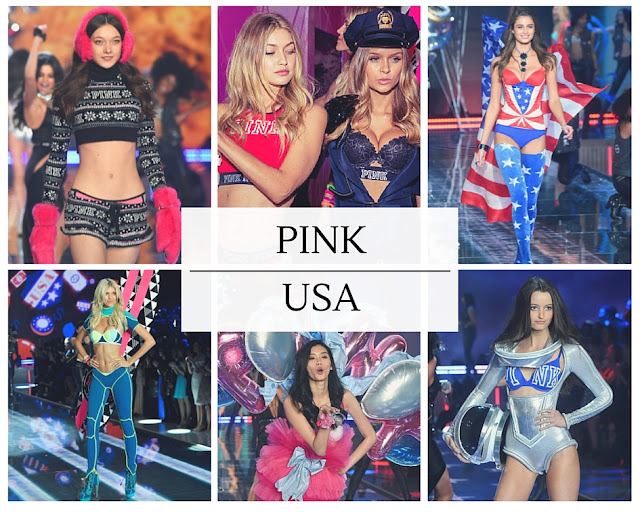 A cheeky celebration of all american girls: brace yourself for the Pink USA army!
The classic youthful segment of the show finally made a statement entrace: a costumy (and sexy) parade where the models dressed up as iconic American references like the police officer, the firefighter, the birthday girl, the astronaut, the broker… 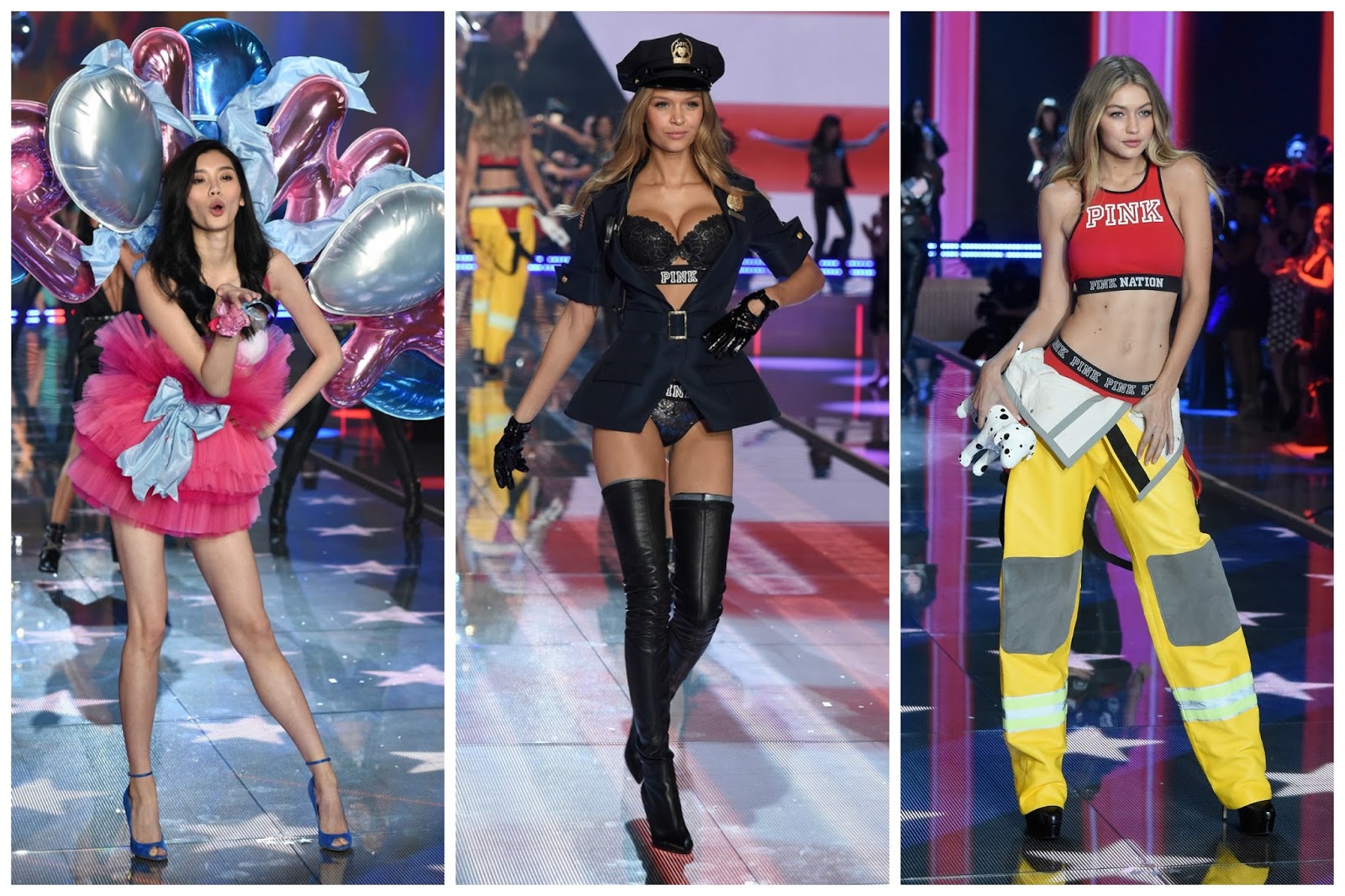 …and even the American flag! Victoria’s Secret new angel Taylor Hill closed the funny segment with class bringing all her patriotism on the runway. 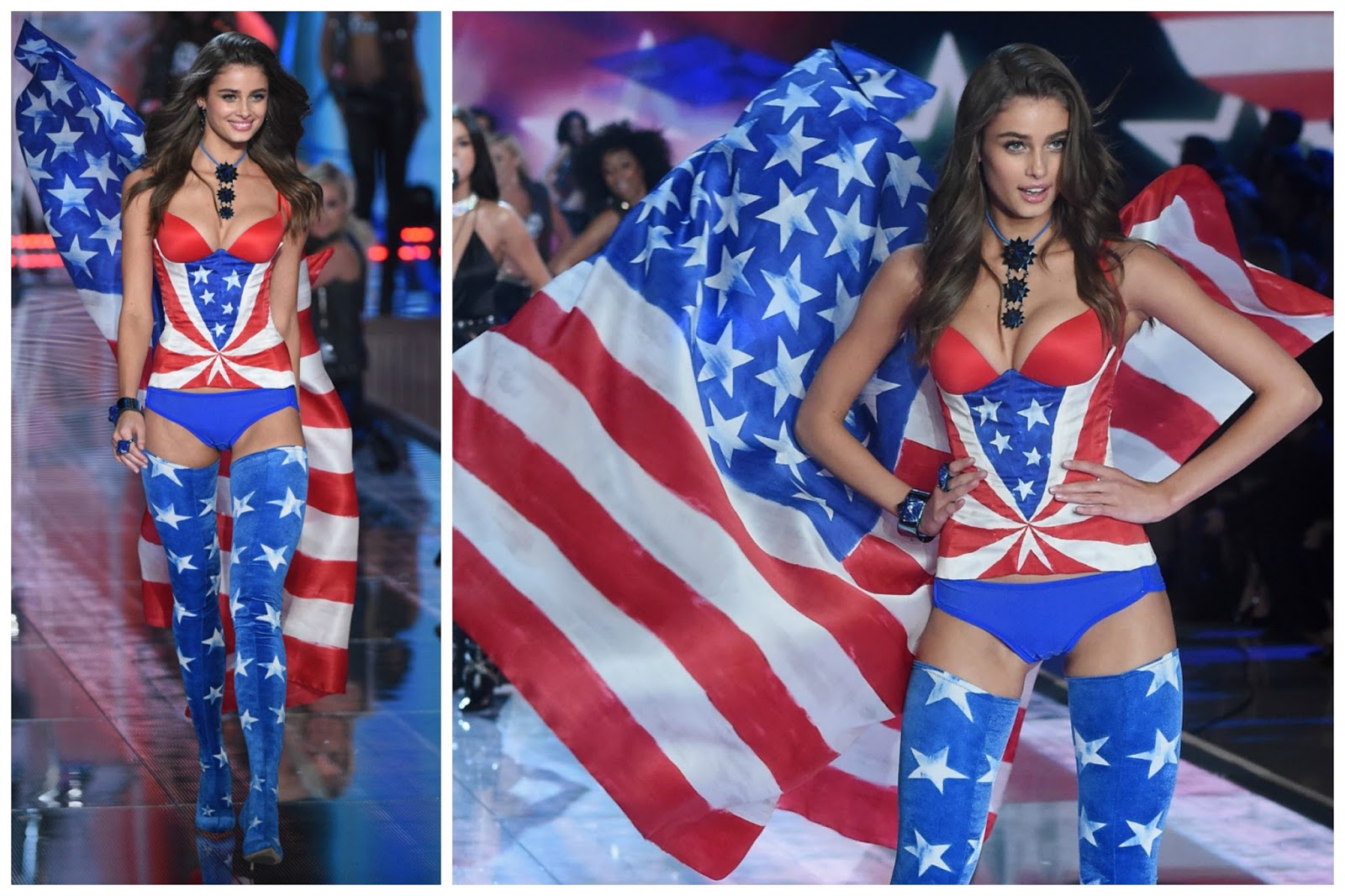 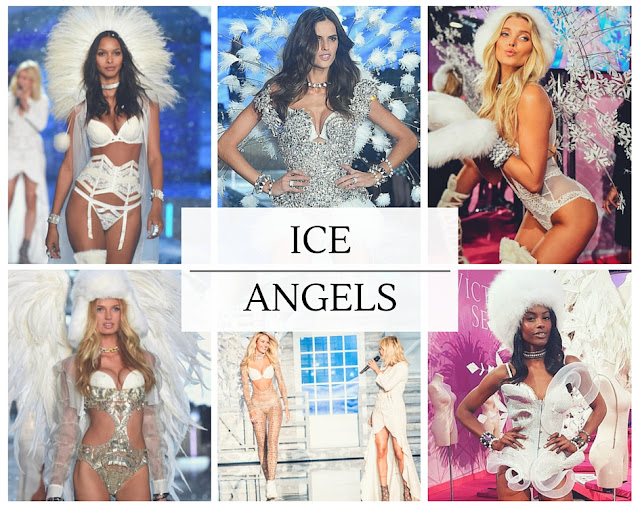 Victoria’s Secret reminds us that it can turn ice hot: say hello to the Ice Angels!
The ski angels theme has been done for years, but we guess this is a classic that no one get tired to see: this year the VS team fucused more on luxury with a sporty flavor.
Models looked like real snow queens: most of the looks featured rich crystal applications, eye-catching jewels and fur accessories. 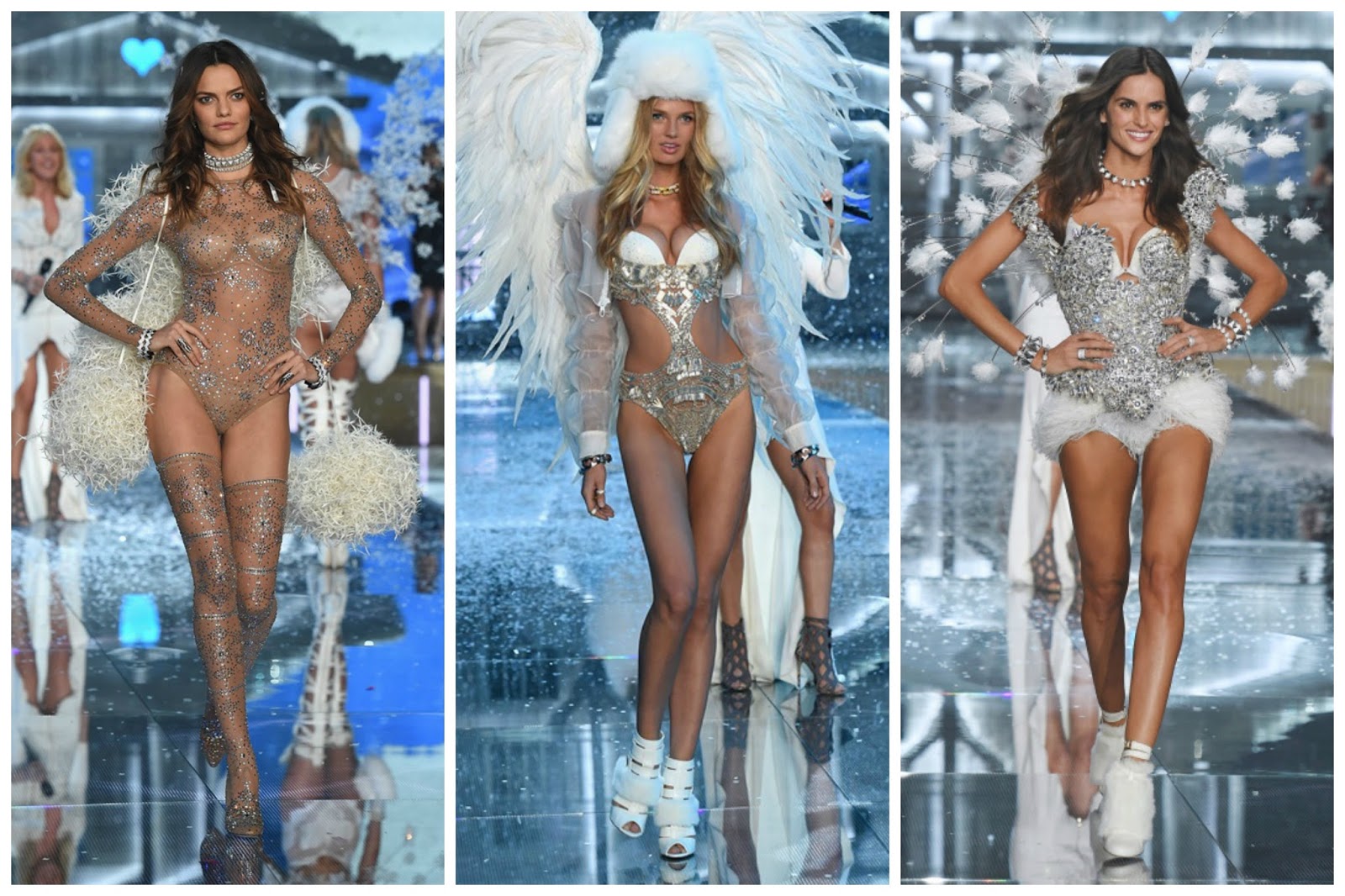 Oh and speaking of snow queens: Swedish stunner Elsa Hosk brought her angel spark to the best outfit of the segment: a sexy bodysuit with a plunging neckline styled with furry ear muffs, gloves and edgy boots. 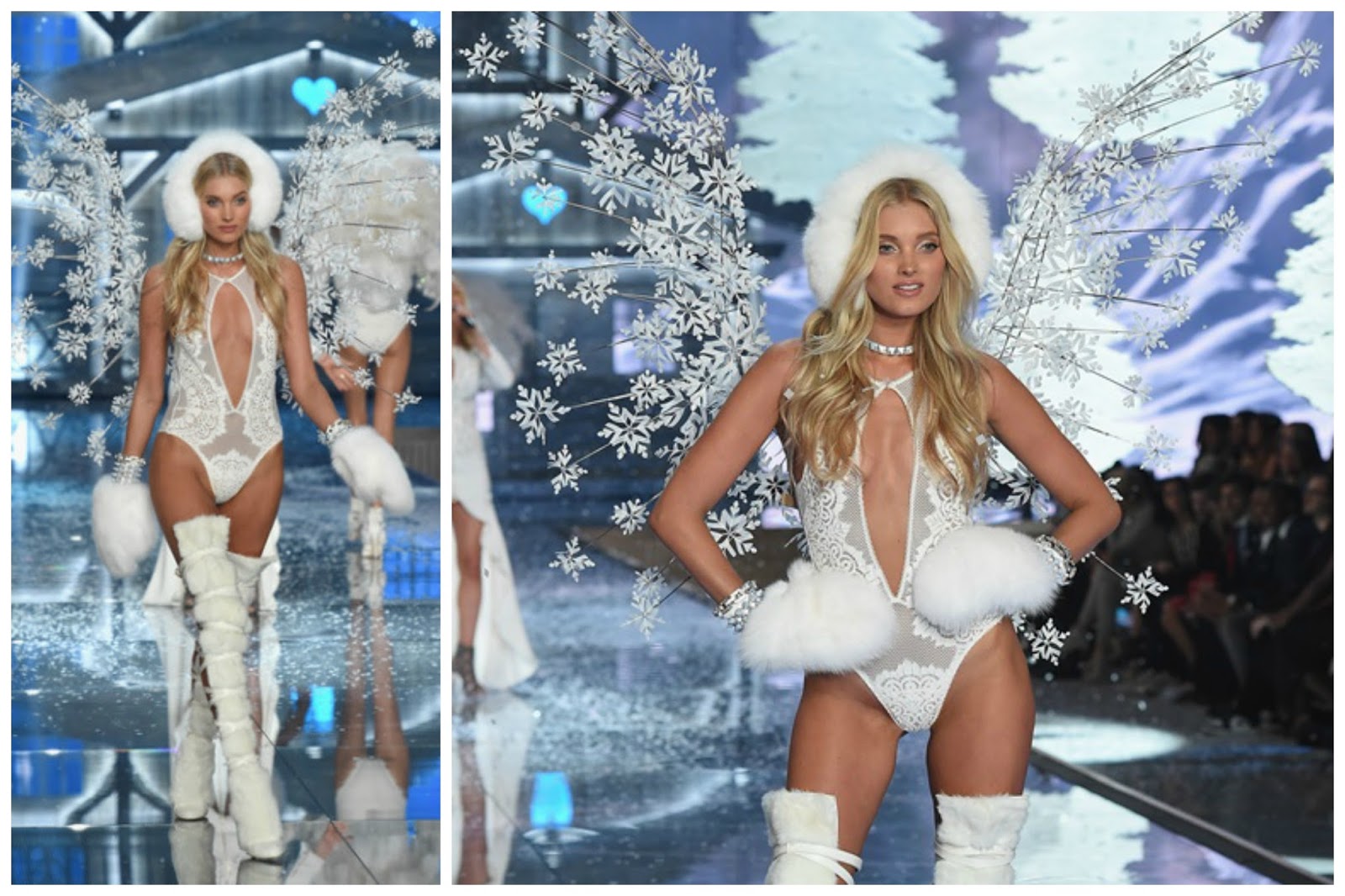 Fireworks
Music performace by The Weeknd 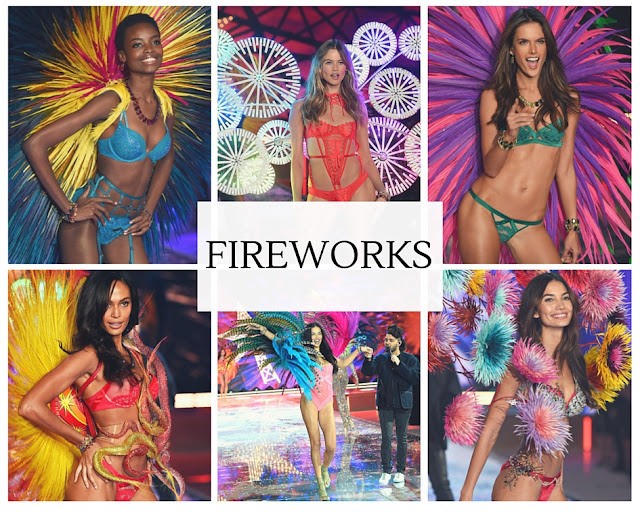 And here we are at the explosive final segment: Victoria’s Secret literally close its annual show with fireworks as it turned its signature wings into vividly colored catherine wheels…made of feathers of course!
The most ambitious and colorful theme where the brand’s lingerie really shined on models’ bodies: from the rich blue lingerie ensamble worn by the gorgeous Maria Borges, who walked the show with her natural afro hair, to the pink bodysuit worn by Adriana Lima or the emerald green lingerie ensamble worn by Alessandra Ambrosio. 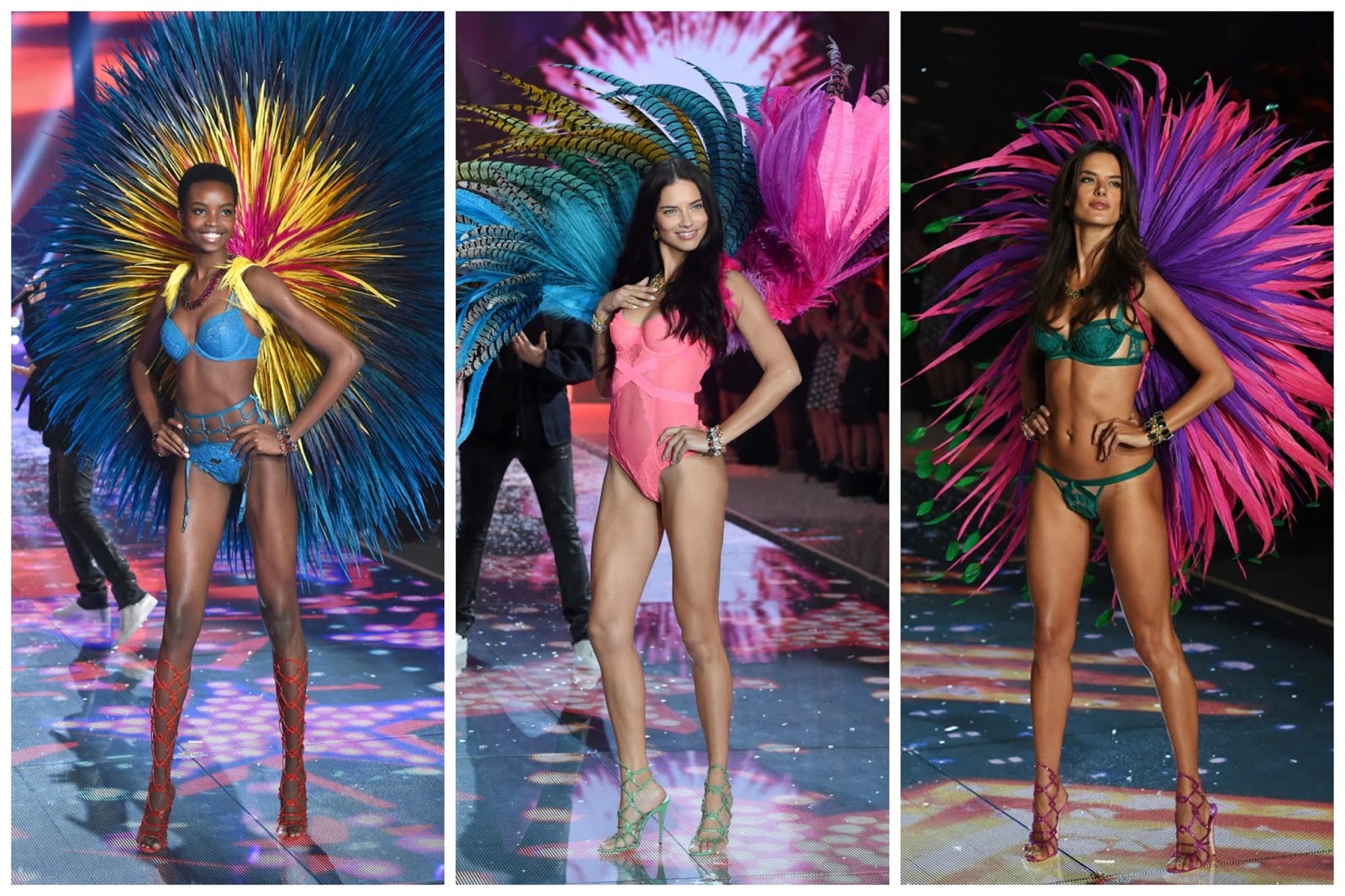 Glowing wings for angels Martha Hunt, who had the honor to wear a Swarovski embellished corset, and Behati Prinsloo; unusual wings made of firecrackers for angel Sara Sampaio, who walked down the runway with a bright yellow lingerie ensamble. 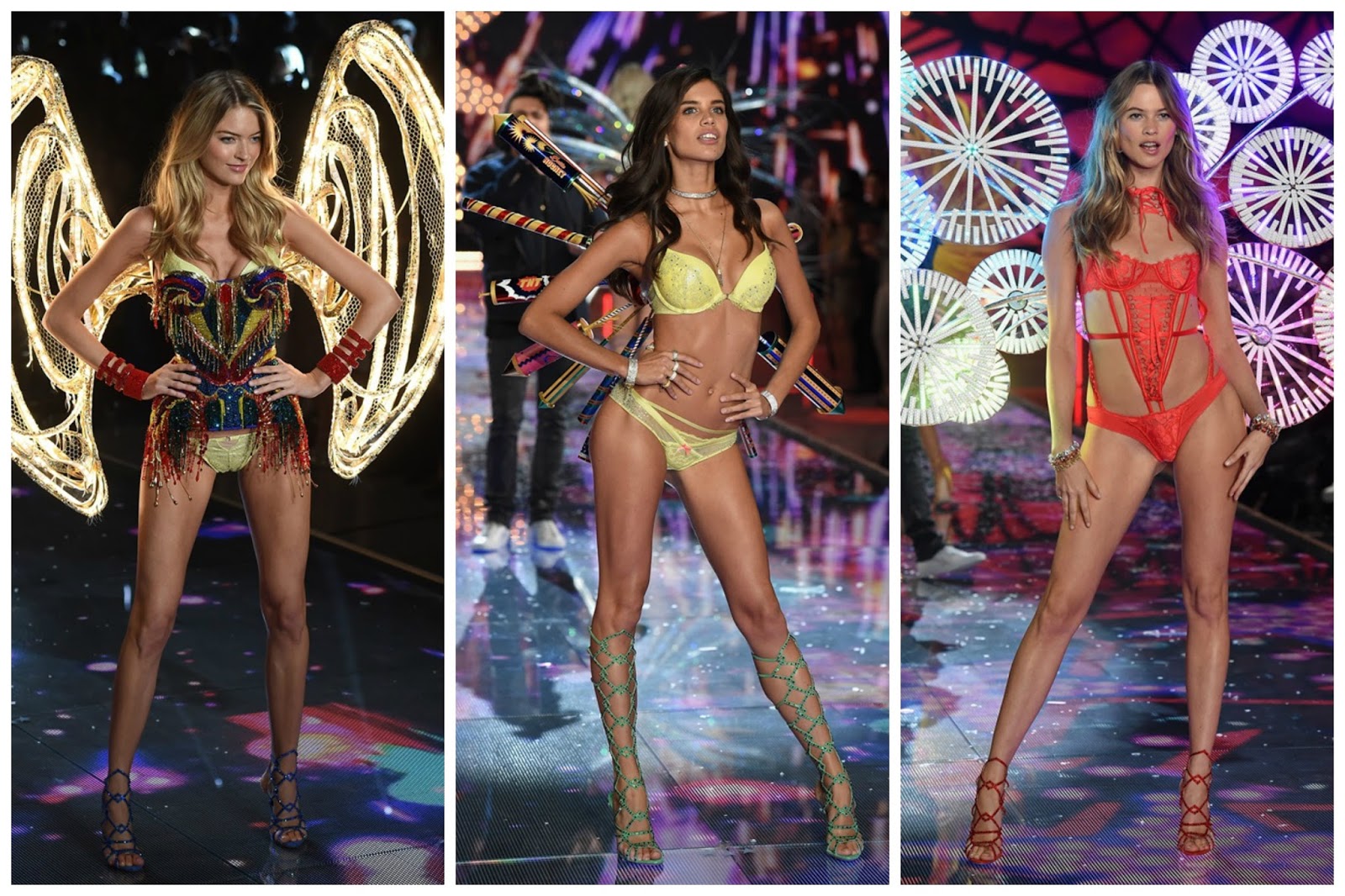 An unforgettable moment was provided by French beauty Cindy Bruna, who stole the show wearing an outstanding catsuit: maybe the best catsuit ever made by Victoria’s Secret. 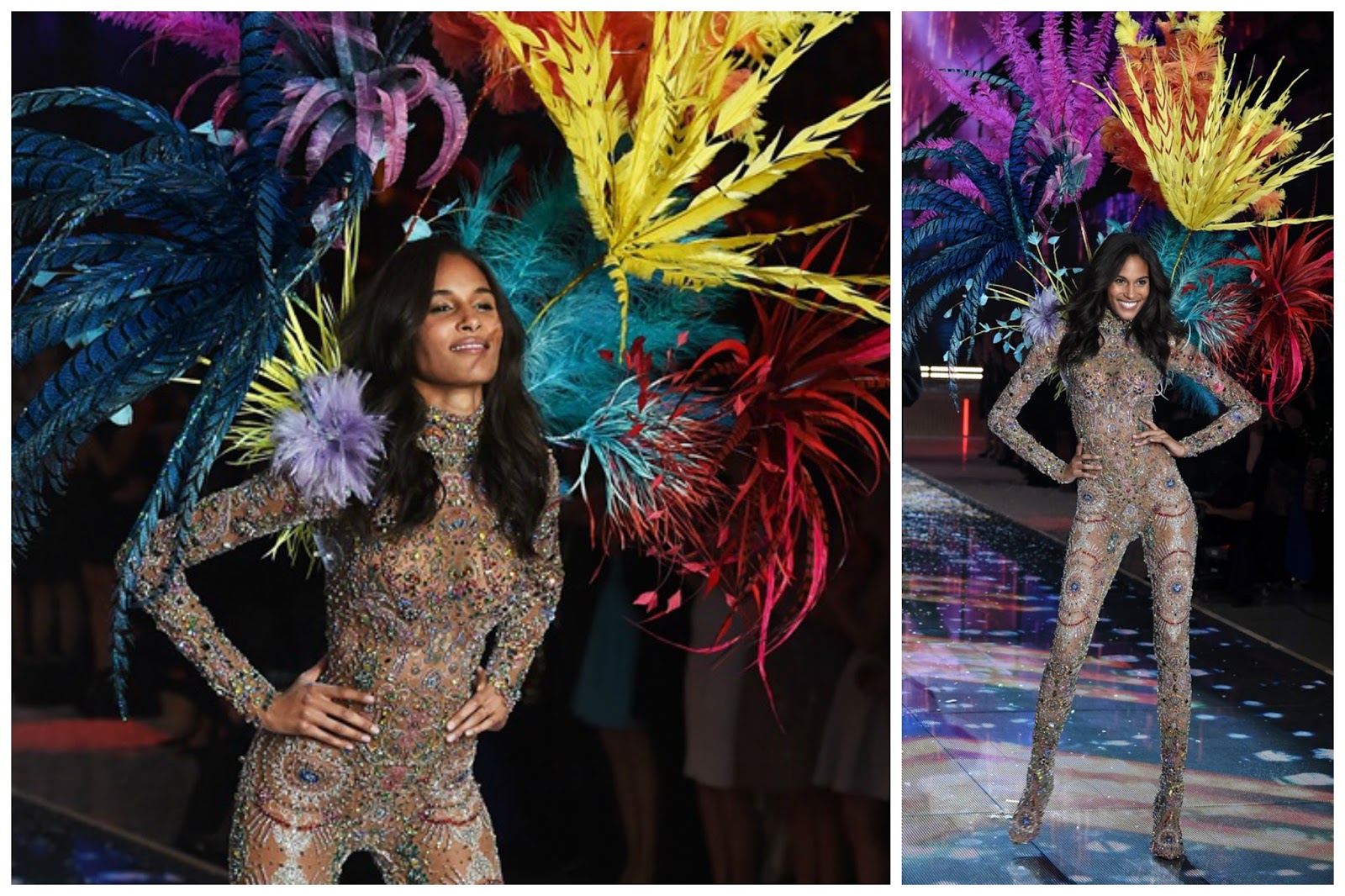 Last but not least Lily Aldrige, who opened the Fireworks segment wearing the 2 million dollars Fantasy Bra: the luxurious jewel was showcased over a crimson lingerie ensamble and styled of course with fireworks-inspired wings.
#FantasyBra 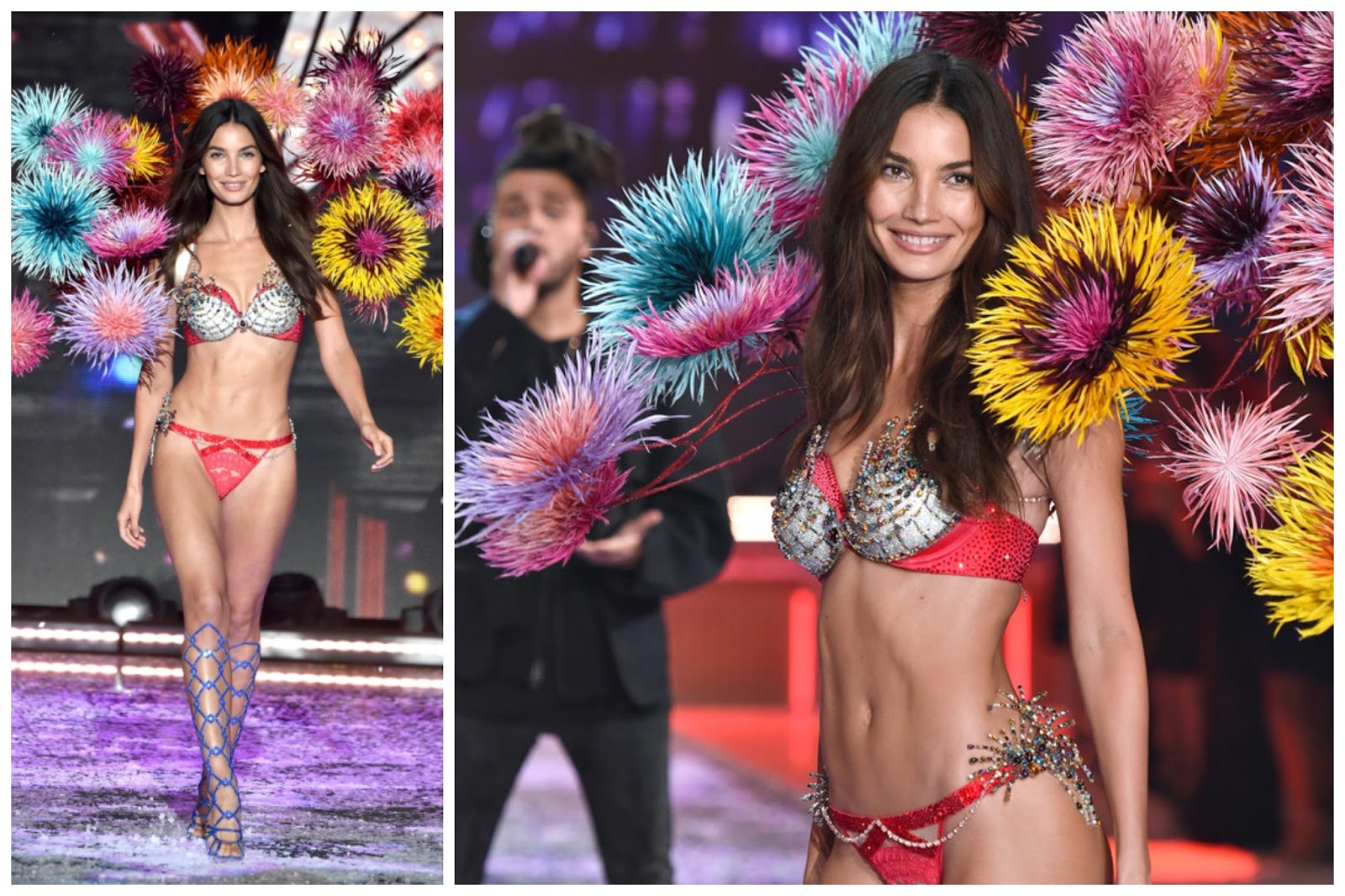 written by: Stella & MsD
THE PARTY IS NOT OVER!!
Read also