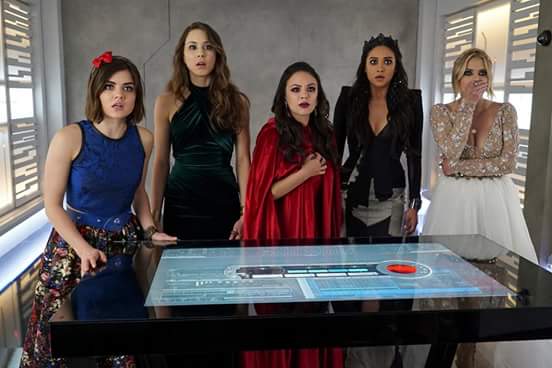 Reviewing tv shows is not a common activity for this blog, but after watching Pretty Little Liars Summer Finale I couldn’t be quiet.

Dear Marlene King,
you need a Reality Check by #TEB !

5 years of clues, mystery, scaring texts, screams, nightmares, shady characters and unsolved homicides have turned the show audience into amatory detectives: people have lost hours of sleep to publish their latest theories on Tumblr , trying to glue together all the hints that the show’s authors had been throwing to them.
Crazy? Yes, but people deeply loved the show and just wanted to find the perfect and reasonable ending to it.
Guess you didn’t Marlene.

You just wanted to surprise us, you simply wanted to win the guessing game “Who’s A?”, as if we were competing with one another and not playing in team.

Personally I wasn’t really invested in A’s identity more than the why he tortured 4/5 teenagers for so long, why he/she got this violent in the latest seasons: What did A want at the end? What’s the point of this mess?

All I have ever wanted was an impeccable epilogue, after which the show might be over or continue but with a completely different direction.

I was clearly asking too much.

Usually when you read a thriller the plot twist is everything, the innocent character turns out to be the monster and his/her motives are believable and sometimes understandable (i.e. Gone Girl).

Do you feel me?
Because this is how PLL’s writers justified the villain (Charles/A)’s actions:
-sad childhood
-the ultimate desire of having fun

Did I mention that A is the first transgender character of the show? A topic so delicate developed in 2 min and ultimately thrown away.

This season promised so much but the writers have found their way to ruin everything as usual.

10 episodes to solve 5 years of clues; 10 episodes perfectly built with no tension (as usual) and here you see why:

1) the season started in this kind of prison called doll house where the main characters (I repeat 4 teenagers) are tortured psychologically and physically for weeks. We get some Saw‘s vibes here and a reference to The Silence Of The Lambs when Mona is thrown into a hole.
Cool right? But that’s how it goes on…

2) The dollhouse thing is solved in 1 episode and a half, so we can go back to the normal light tone of the show. Here we got a lot of introspective episodes where we spend more time to understand how the liars feels about the dollhouse than seeing them using that experience as a drive to solve the mystery and find their persecutor.

3) This sort of purgatory is functional to nothing. Even if the liars have some key clues about Charles they still have no power in this dysfunctional game. They will never find the way to beat A at his own game, to punish him for they have been through. But thanks to the writers in the finale, the girls sneak into an investment company, that apparently has no guards, enter a super secret room with futuristic technology, where dressed as Disney’s princesses they basically watch a live streaming of A’s confession to Allison at Radley.
Just like us at home.

4) I don’t want to comment on the Inspector Gadget/James Bond elements because it was so random that I can’t (Mona shoes / Spencer deactivating a bomb).

5) A tells it all: a story that should be touching but that ends up being surreal, and not because A is transgender, but because it’s so forced that it almost hurts.
If A wanted revenge for his childhood, she should have torture his father, and just scare the liars once or twice (since she’s super sensitive). It doesn’t make sense for her to torture her own sister, because you don’t hurt who you love.

However here is the ultimate reason : “IT WAS FUN AND I WAS GOOD AT PLAYING THE GAME, BUT I DIDN’T WANT TO KILL ANYBODY. Xoxo ”

Aside the delusional motives, many fans have exposed massive plot holes in A’s confession, so it’s clear that you Marlene changed your mind at last. 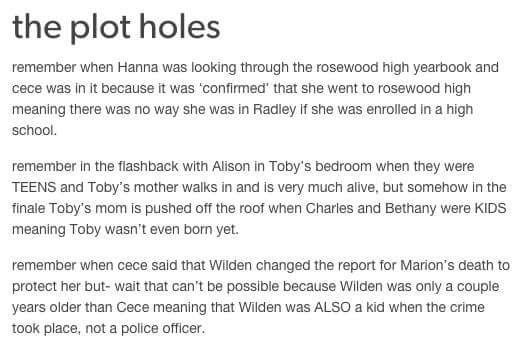 It’s this either this way or you can’t write.

Anyway, we are supposed to move on, because in the next half season the liars will get a fashionable makeover and a new mystery! 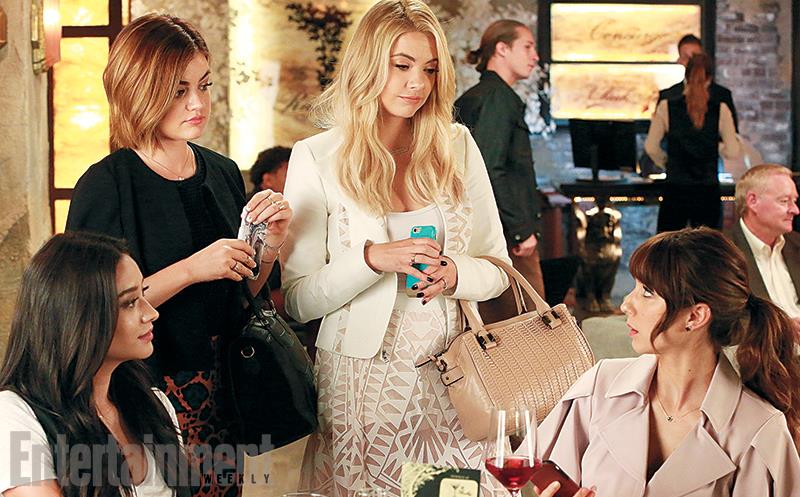 The funny thing is that I was expecting to be let down, because the marketing on this series is seriously over-hyped: I don’t need an “It’s No Lie” t-shirt, I want a good story.

Take care Marlene, but remember that we kept the ratings on the show high because the mystery was so big that it promised to unfold beautifully: if you have thrown 5 years of clues in a cheesy passive 40 min episode what kind of hope should we have for the future ?