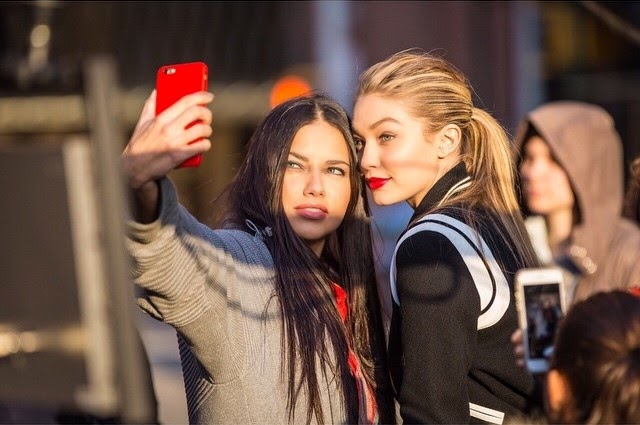 This week’s best photos on Instagram:
If this week you haven’t:
-celebrated your birthday
-worked for Maybelline NY
-dressed as a sexy secretary
you did it wrong.
Emily Didonato was on set for Maybelline at the Milk Studios in NYC.
Adriana Lima was on set for Maybelline as well.
It was Gigi Hadid‘s 20th birthday on the 23rd of April. Sadly it wasn’t a good day for the new face of Maybelline, as her dog passed away 🙁
Nina Agdal took this amazing picture of the hawaiian landscape.
#freedom
Constance Jablonski celebrated her birthday in NYC with some of her best friends, like Anja Rubik, Sigrid Agren and Joan Smalls, who posted this photo on Instagram.
Josephine Skriver posted a very hot picture. My comment as a straight female is that she deserves to be in a sunglasses advert, like now.
Elsa Hosk dressed as a sexy secretary.
It was Rosie Huntington-Whiteley‘s too. Her birthday’s picures should be on a fashion magazine.
#topmodel
The lucky guy in the picture is Matt Holloway, a friend of Rosie.